Crusading for Equal Pay, with Evernote by Her Side

In her book, Navigating the Career Jungle: A Guide for Young Professionals, author and career advisor Jacqueline V. Twillie starts out with one of those pieces of common sense advice that should be obvious, but really isn’t.

After explaining that networking is not about collecting business cards, but actually connecting with people, she points out that forging meaningful connections takes work. In order to impress potential employers or customers, “you must go into an event prepared and ready to seize an opportunity.”

Preparing to make what you’re worth

This emphasis on preparation is one keystone of Jacqueline’s mission. Helping young professionals get ahead is another. And while she has practical advice that any employee can use to negotiate a salary or a raise, her passion lies in working to end America’s persistent gender wage gap, in which women are commonly paid less than men for equivalent work. “It’s what I am meant to be doing,” she says. 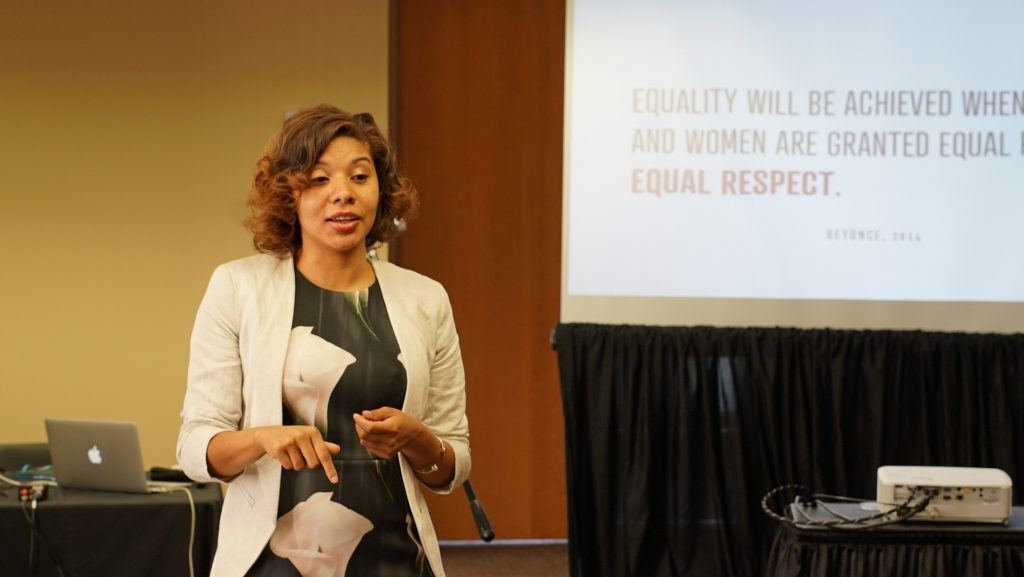 Jacqueline’s approach draws upon her personal experiences working for organizations as diverse as AT&T and the Centers for Disease Control. She has also worked for an IT staffing and recruiting company, helping Fortune 500 companies find the right person for the right job. Throughout her corporate experiences, she has seen gender pay disparity first-hand.

“Women need to be educated on the wage gap, because there are a lot of misconceptions,” she says. “Equal pay in the news is great for awareness, but women need the education and tools to advocate for themselves to receive equal pay. It’s not a battle, it’s just a conversation.”

According to Jacqueline, that conversation stands on four pillars:

Jacqueline also advises women to change the way they approach job interviews: the more skill a candidate brings to highlighting past experience and showing off her industry knowledge, the stronger her negotiating position will be.

As always, it begins with preparation, research, and gathering your thoughts.

From collecting ideas to writing a book

To help maintain her own sense of preparation, Jacqueline turns to Evernote.

“I’ve used Evernote since 2009,” she says. “My first note was from a sermon at church.” But she found it equally useful in her work. “I’d just started working at a new job in a new city and was looking for a way to be more efficient. I had a lot of meetings and Evernote was the best tool I found for staying organized.”

Evernote quickly moved from a way to corral loose ideas to a valuable organizational tool, and eventually helped Jacqueline combine her creative side with her corporate side.

“I wrote part of my first book with Evernote,” she says. “I was working full-time while writing. Things would happen in the workplace that I thought would be good content for the book. I would capture it all in Evernote. And if I had a great idea while driving, I could record my voice in a note and still capture that idea.”

It’s now one of her most-used tools. “It’s always useful. It’s on my homescreen and is one of my top four apps.”

Starting with the basics

For newcomers who might be overwhelmed by all Evernote can do, Jacqueline provides some of her patented common-sense advice. “Play around with basic notes first and gradually try the more advanced features. But it’s these features that make Evernote so great.” For Jacqueline, audio notes and the ability to take photos of notes written in her Moleskine notebook are key. “I love it for brainstorming on a new project. When starting something new, we don’t remember everything that comes to mind, and that’s what Evernote is good at.”

What Jacqueline is good at is inspiring, educating, and, above all, advocating.

“My goal is to continue to educate both women and men about leveling the playing field. This is what I’ll be working on until we have zero wage gap.” And, like all true crusaders, for her it’s not just a career choice. “This is my mission,” she explains.

Are you using Evernote to help you capture content, stay organized, and accomplish your goals? If so, we’d love to hear from you! Contact us at evernotestories@evernote.com.