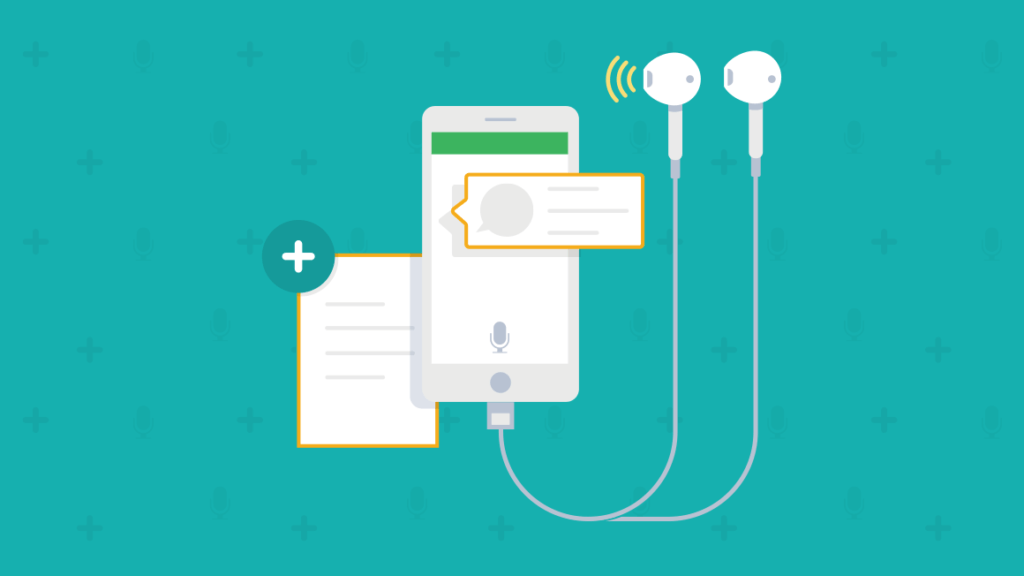 Inspiration can strike at the most unlikely times. Paul McCartney woke up one morning with “Yesterday” playing in his mind; Sir Isaac Newton (allegedly) developed his theory of gravity after an apple landed on his head. History is filled with stories like these, but how many great ideas were lost because there was no way of capturing them in the moment?

Now, with the launch of Apple’s iOS 11, it’s easier than ever to document your own “Aha!” moments, whenever and wherever they appear. Thanks to a brand-new integration with Siri, Apple’s virtual assistant, you don’t even need to touch your device to create, add to, and search your notes in Evernote. So you’ll be ready when your next brilliant idea comes along.

In a world that seems to be moving faster every day, keeping track of your thoughts and ideas can be a real challenge. To-do lists and business ideas compete for space in your life with long commutes and endless meetings. But now that Evernote is integrated with Siri, you don’t have to stop being productive simply because you’re busy doing other things. Create a shopping list on your iPad while you’re making breakfast; add to-dos to Evernote on your iPhone while you’re stuck in traffic; create a note with your EarPods while you’re working out.

Here’s how it works

Before you begin, ensure that Evernote is setup to use Siri by going to Settings > Siri & Search > Evernote > Enable “Use with Siri”.

Awaken Siri on your device (either by holding the Home button or, if you’ve enabled it, saying “Hey Siri”) and then give your instructions directly to Evernote. It’s that simple! For example, here are a few commands you can try right now, once you’ve updated your device to iOS 11:

Using these simple commands, you can create a note or list; you can add to your existing notes; and you can search within your notes to find exactly what you need. 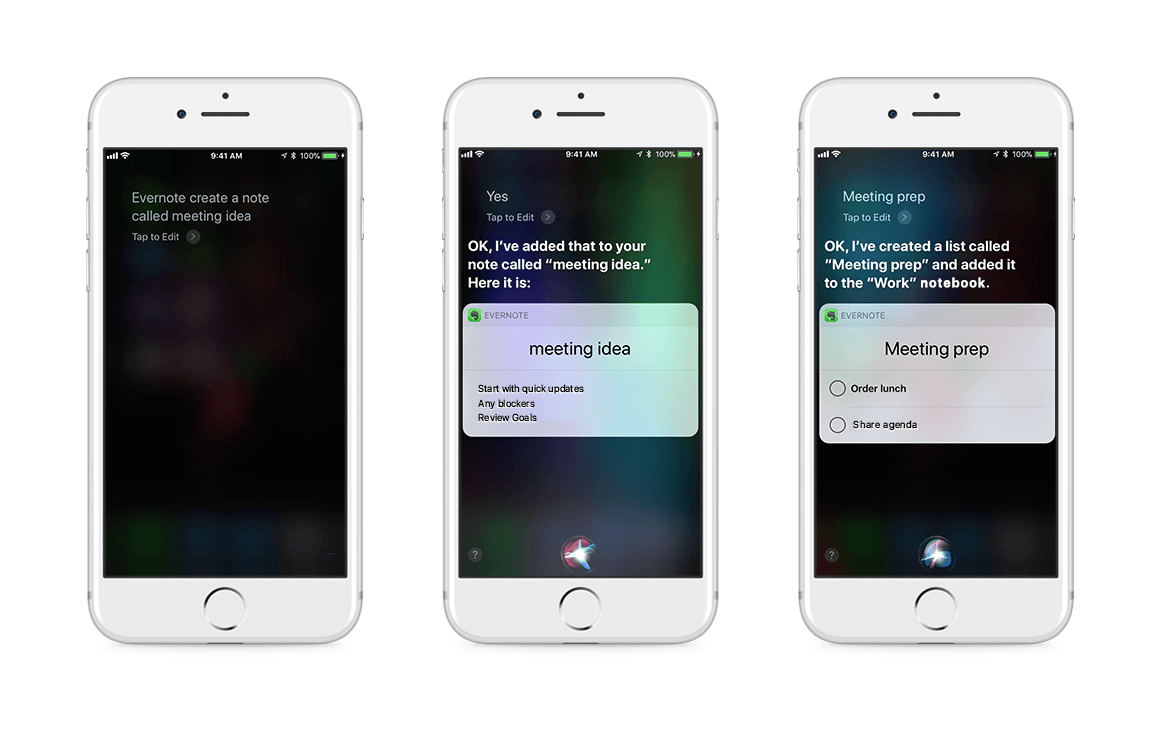 With Evernote and iOS 11 integrated seamlessly, you never need to worry about losing your ideas again.

UPDATE (September 26, 2017): Thank you for your comments regarding our new integration with Siri in iOS 11. Your feedback is invaluable as we work to improve our integration with Siri. Over the past weekend, we released an update (v.8.4) that resolved issues with using this feature when your phone is locked, and our team will continue to work on improvements.