On Minimalism: A Solution to Gaining More Time 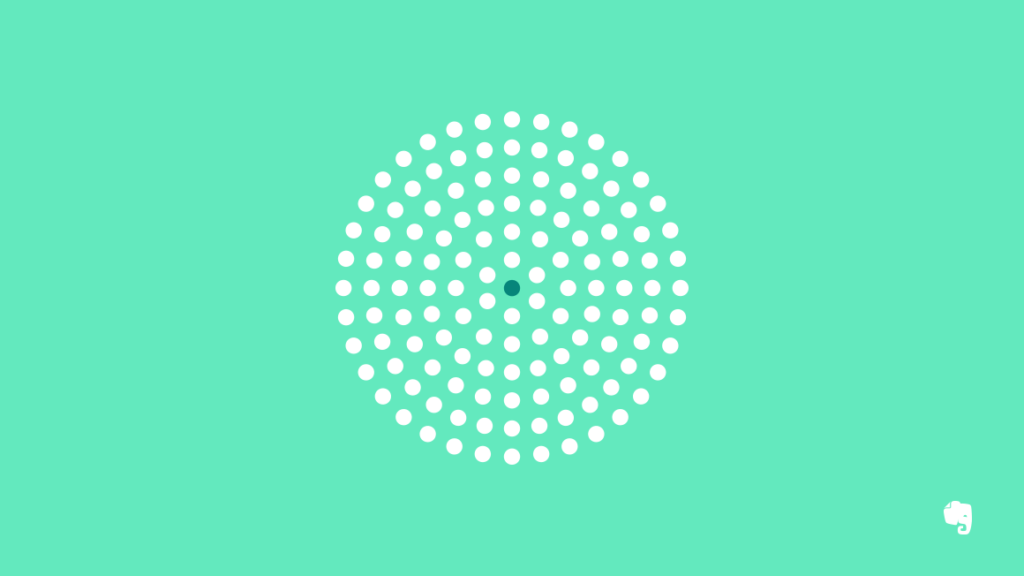 At Evernote, we love productivity, but we also care about maintaining balance in our lives. This month, we’ll dive into how experts on minimalism stay productive without losing focus on what’s important.

Busy is the problem

Do you ever find yourself answering the question “how are you?” with “Great! Really busy!”?

Wait, what? When did we start associating being busy with feeling great? Why do we do it? We live in a culture that values productivity, but too often we confuse the external signs of productivity (being busy) with the real thing.

At work and at home, we spend countless hours on lengthy to-do lists. We may not realize it, but we’re drowning, putting in more hours than ever. We can’t keep up with it all, and yet we try by compulsively scanning multiple social media feeds. Business Insider claims that this alone takes up about a quarter of our time spent online. With every new productivity app that launches, we’re encouraged to get busier, become even more productive, and get more done so we can feel “great!” Meanwhile, our health is declining, and we don’t even have time for ourselves. Busy can’t be great. Busy is the problem.

If you want to live a calmer life, but don’t know where to begin, consider minimalism. Maybe you’ve heard of minimalism and how productive and stress-free those practicing it are, but you don’t understand what exactly minimalism is, or how to get started.

Minimalism focuses on reducing consumption and possessions, improving work/life balance, and becoming more self-sufficient. Often referred to as simple living, minimalism emulates the lifestyles of ancient ways of living in a modern setting. Simple living is influenced by Buddhism, Taoism, and Monasticism–and all those philosophies that encourage simplicity, modesty, reflection, and embracing the art of letting go.

Minimalism has evolved into a growing trend around the globe, largely due to best-selling authors and organizing consultants like Marie Kondo who have captured the world’s imagination with the KonMari Method of tidying up: a creative way of decluttering and adding value to the material things in our lives.

Minimalism begins with philosophies about reducing possessions, but it goes beyond the physical. It’s possible to apply minimalist thought to other aspects of your life, such as your relationships and your work. Joshua Fields Millburn and Ryan Nicodemus, better known as The Minimalists, have dedicated their lives to helping people adopt a minimalist lifestyle through the mediums of podcasts, documentaries, and books focused on topics like “Letting Go of Sh*tty Relationships” and creating meaningful work. Most of us want to do these things naturally, but have a difficult time achieving because we’re simply too busy getting things done to go about our lives in a more thoughtful way.

The Minimalists speaking at TEDxFargo about the benefits of letting go and living a meaningful life with less.

For some of us, taking on a minimalist approach to life is daunting. Maybe you have a large family or other factors to consider. But even if we have lots of commitments tying us down, minimalism is still an option.

Take Becoming Minimalist, another group of experts on simple living. They’re a middle-class family of four with a typical home, regular people with normal lives. And yet, over the years, they’ve managed to take significant measures to live more intentionally and with fewer possessions. Joshua Becker and his family now spend their lives inspiring millions of people to live with less through their writing about both the joys and the struggles of their journey.

Minimalism isn’t a goal that can be achieved quickly, nor is it a fad. Minimalism is a lifelong journey. It’s not an easy journey, and often, it may not even be very much fun. But with every life-decluttering change you make, you’ll find that you’ll have more time in your day to do what you love.

From understanding the difference between being busy and being focused to working smarter instead of working longer, sometimes less is more. If you’re eager to learn more about living a minimalist life, stick around for parts 2 and 3 of this series, where we’ll talk with The Minimalists and Becoming Minimalist about how to get started.

Are you taking any steps to simplify your life? We’d love to hear about them.