Francesco D’Alessio on Productivity for the Real World 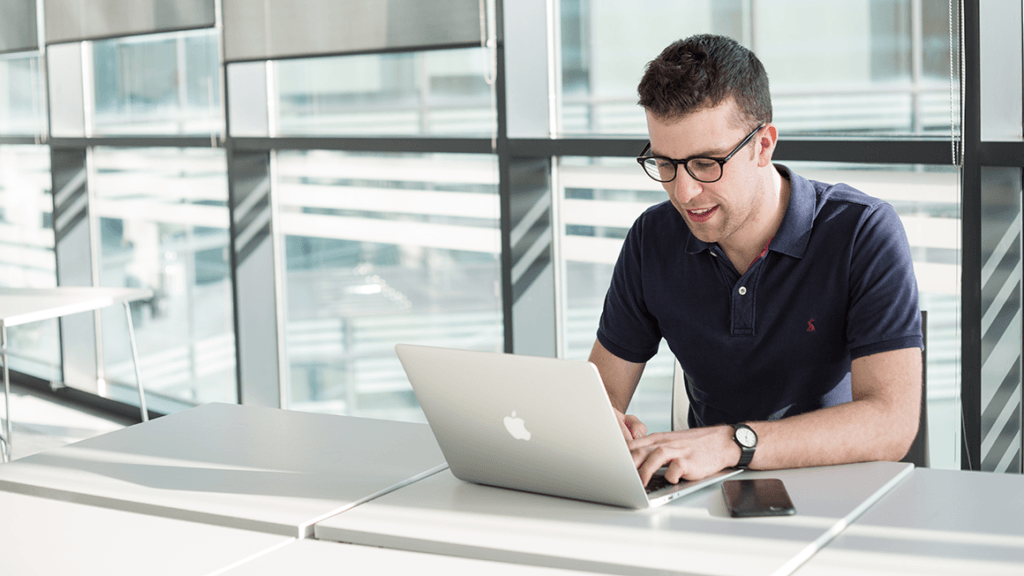 Chances are good you’ve already met Francesco D’Alessio. On his YouTube channel, Francesco takes viewers through both basic and advanced Evernote tips and tricks in short, 6-12 minute chunks. Recently, Evernote’s Director of Global Community and Training Joshua Zerkel caught up with Francesco in London for a Facebook Live event to discuss personal and busines productivity.

Francesco found Evernote on his iPod Touch when he was only 15 years old, and thought “this is awesome.” Inspired, he read Getting Things Done, and started to use the book’s principles of time management for school right away. “I tried to avoid keeping stuff in my head. I noticed school work was getting easier.” Initially, he used Evernote only for school, but now calls it his “hub.” Now a college graduate, Francesco is also an Evernote Certified Leader with virtual customers all over the world.

“I have a non-traditional work life,” Francesco explained. “That means I work from home, or a cafe, or anywhere—just not in a traditional office.” He helps small businesses—mostly startups—increase productivity. “I’m able to manage it quite well,” he told Josh. “I have a structured routine. I work with Asian companies in the morning, and then with US companies in the afternoon.” His choice of venue is also dictated by the type of work he’s doing. “Cafes can be a distraction,” he told Josh, “but if I’m doing light stuff like administrative work, I can do that in a cafe. Things that take five to ten minutes are perfect for cafes. But if I’m working on content or other deep work, and I need things to be soundproof, then I do that at home.”

Working alone and remotely with global teams requires a strategy to stay productive. Francesco realizes that we have different energy levels throughout the day, so he bases his schedule on these varying levels. He has these levels divided into proactive, active, and inactive, states. When his energy level is high, his work is proactive. When he’s at home doing deep work, he said that he tries to eliminate his phone. “I put it on the other side of the room, turn notifications off all day,” he said. Francesco also turns off social media notifications so he’s not disturbed. That’s what he calls an inactive state. When he’s working on a project with others, he’s active. Tagging all his work by these energy states helps him stay focused, and he can quickly match his workload to his mood.

Pro Tip: Use Evernote tags to classify your work according to the levels of energy and attention they will take. Then, do the work that matches your energy levels throughout the day.

Organizing work and life inside Evernote

To stay organized with his clients and business projects, he keeps just four core stacks, which he’s labeled Projects, Areas, Resources, and Archives. “When future stuff comes into my head, I have a separate notebook I call Inbox. Anything I want to store for later I can just save to the Inbox. That’s a great way for email, too,” he added. “When there are emails I want to save, I just forward them to the inbox. It can be your clearinghouse, and then you can sort it later.”

Sorting all that incoming material is a job for an app that integrates with Evernote, Todoist, says Francesco. Though it’s possible to sort your inbox without it, Francesco prefers to connect the two apps. “Inside Todoist, I have a reminder to clear my Evernote inbox,” Francesco told Josh.  “When that comes up, I clear it by filing (each item I’ve saved) in the right location. If there’s an action I need to get to right away, I put that in ToDoist. If there’s something in there that I need a reminder for, I’ll put it in Evernote, and the reminder will pop up.” Francesco is a fan of Web Clipper and regularly clips five to ten pieces a day. Using his ToDoist method, filing all of those clips takes only a few minutes.

Pro Tip: Keep a notebook called “Inbox” at the top of your Evernote shortcuts. Once a week, go into your inbox and sort the items into their appropriate folders for easy organization. You don’t need a separate task manager to do this, but some people find it helpful.

One of the things Francesco does for his business clients is to help them organize teams. He recommends using Evernote’s integration with Google Drive to share documents. “Small businesses want to grow, so being organized is important,” Francesco said. “In college, we didn’t have hours and hours to try and find things, so we just made this hub of data that we could just mine when we needed it.” He applies the same principles to business. “Sometimes the same information is in multiple places, and nobody can find anything,” he explained. “If your team is putting longer documents like spreadsheets from Google Drive into Evernote, anyone on the team can find them from anywhere.”

Pro Tip:  Add Google Drive links to your notes. Create documents, presentations, and spreadsheets in Google Drive, and save the link, along with any pertinent notes or ideas, in Evernote. Your Google Drive materials will be much easier for everyone on the team to find.

Evernote as a calendar

Despite being an Evernote expert, Francesco is still learning new capabilities. Recently, he discovered how to keep a calendar inside Evernote, and he made a YouTube video to share his learning. “I made this using tables,” Francesco says. “I made four rows, and I use the tab to extend it. It’s not too complicated. If you’re managing a lot of projects, it can be a lifesaver.”

For example, Francesco’s content calendar contains the date, the piece of content he wants to create (such as a video) the title, the status, and notes about it. “I can just scroll up and see everything that’s coming in advance,” Francesco concluded. Anyone on a business team can see it, too, helping to keep team members connected with deadlines, and each other.

Pro Tip: For key notebooks that you’ll use everywhere, such as a calendar, make them available offline. You’ll be able to create and see notifications and notebooks even when you travel.

The elephant in the room: work/life balance

In transitioning from a student to a worker, Francesco has experienced first-hand what many workers have known for years: trying to achieve work/life balance is nearly impossible. The concept of a work/life blend is more appropriate for Francesco at this point in his life, and he notes that many of today’s workers are adopting the same approach to keep a healthy balance in this age of always-on technology and information input. Since only healthy teams can be productive, this is an area Francesco is working on—for both his clients and for himself.

“I met some founders of companies in Barcelona, and they were saying the same thing,” Francesco mused. “As a young person who has just come out of university, I have to keep going to get where I need to get. I haven’t been good at clocking out. The book The Danish Art of Living Well helps, and I’ve started to meditate. My clarity has cleared up massively,” he said.

Though it’s a bit of a paradox to use apps to help free yourself from technology and find your true self, it’s true that we are part of a world that can no longer function without them. Apps that help you do more, think more clearly, and organize your work and life help you free up time to achieve more of that elusive blend between work and life. Francesco D’Alessio has made doing this for himself and others his life’s work—and his pleasure.

As an Evernote user, you’re part of a global community. Share your Evernote knowledge and love with like-minded individuals from around the world by joining the Evernote Community programs. Get involved today!