Looking Ahead: Evernote’s Priorities for 2019

On my first day as CEO of Evernote, I blogged about how excited I was to join the company and how much I was looking forward to inventing the future with you.

I have spent the last two months learning about Evernote, both from the inside out and from the outside in. From the inside out, I’ve been meeting and talking with legions of hard-working team members dedicated to improving the Evernote experience for every one of you. I’ve been spending time with the management team, and with Evernote’s board, assessing where the company stands, and becoming really clear on Evernote’s strengths and weaknesses. I’ve also been reviewing the company’s financial health—which I’m pleased to report is extremely sound.

From the outside in, I’ve been spending time listening to you: our customers, partners, and community—the people who know Evernote best. I’ve talked directly with a number of community members, and I’ve traveled twice to our site in Austin, which is the hub for our Customer Service and Customer Success organizations—the Evernote team members who are closest to you, and who most reliably represent your voice inside the company. And I’ve spent time looking at the overall competitive landscape, understanding how the category that Evernote created has continued to grow, and is now shaped by many companies.

I continue to be passionate about inventing the future. Sixty days in, working with an incredibly talented team, we are starting to surface some ideas of what that future might look like, and in particular, we are starting to understand how each of you could come to experience a better and more powerful Evernote than you do today.

But inventing the future requires being able to stand on a solid foundation. And whether I look at Evernote from the inside out, or listen to many of you from the outside in, it is clear that we have some work to do on those foundations. The loyalty that you continue to show Evernote demands that we be honest in return. And honesty requires us to state—straight out—that we can do better with the product you have today than we are currently doing. In fact, we can do better than we have been doing for some years.

Frankly, it’s a bit disingenuous for me to try to get our most dedicated users all fired up about inventing the future of Evernote when exactly those same people are the ones who know best that sync doesn’t always work right. Or that Evernote on Windows is a bit tired, and is missing features that are found on the Mac version. Or that each version of Evernote seems to work slightly differently, and exhibits its own unique collection of bugs and undesirable behaviors. Or that Evernote on mobile devices sometimes feels like a pared-down version of a powerful desktop app, instead of a mobile-first view into a powerful cloud-enabled productivity environment.

None of this is a surprise to the team that works here, or to Evernote’s board. There are reasons each of these problems exists, and for the hundred other things that we all wish were better than they are. But I’m not going to bore you with explanations, because even if I thought you would read a blog post that long, the explanations simply are not relevant.

Because ultimately, by choosing to use Evernote, each of you gives us the privilege of serving you. Of trying to make your life more focused, more organized, and more productive. In return, it’s our responsibility and our duty to serve you well.

So while I’m still excited about inventing the future, what I’m here to tell you today is that in order to invent the future of Evernote, we first need to improve Evernote’s foundations. And as we look forward into 2019, that’s going to be our focus not just as we start the year, but for a good portion of it.

Our goals are simple but meaningful:

This is not an easy task. It’s one which the company has, for some number of years, not been ready to undertake. And even as we focus the vast majority of our development energy on these goals, undoubtedly we will still disappoint some of you—whether it’s because you don’t like the way we choose to fix something, or we don’t prioritize a particular bug that drives you around the bend, or because with an eye to coherence and consistency we redesign and streamline a particular feature upon which your workflow is built.

Despite those risks, I am convinced that focusing on the basics is what we need to do first in order to best serve you not just now, but years into the future. With the board supporting this effort, I can also report that the team’s reaction to this plan has been nothing less than excitement at the prospect of building a new generation of Evernote that we can all believe in.

As we enter 2019, we revisit that part of the year in which it’s traditional to focus on ways we can improve our lives. In the last few days, we’ve launched the Ever Better Challenge, a free 30-day plan for using Evernote to help maintain your focus on the things you want to change in your life. As we encourage each of you to become Ever Better, it’s important to let you know that we’re holding ourselves to that challenge as well.

So here’s to 2019, a year in which all of us here at Evernote will work towards creating an Ever Better Evernote, starting first by focusing on the basics. 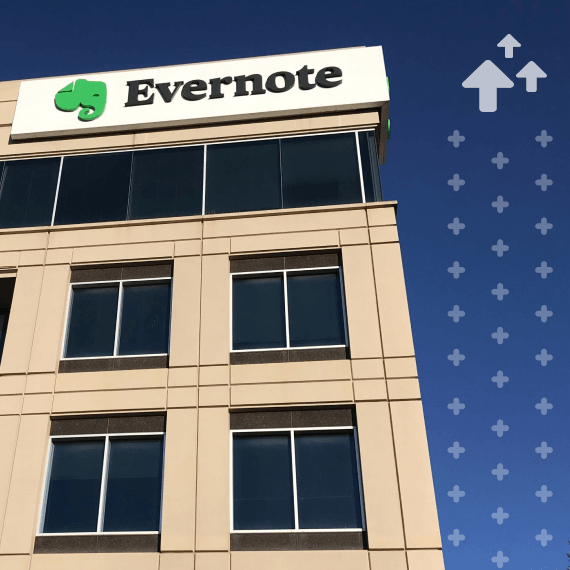