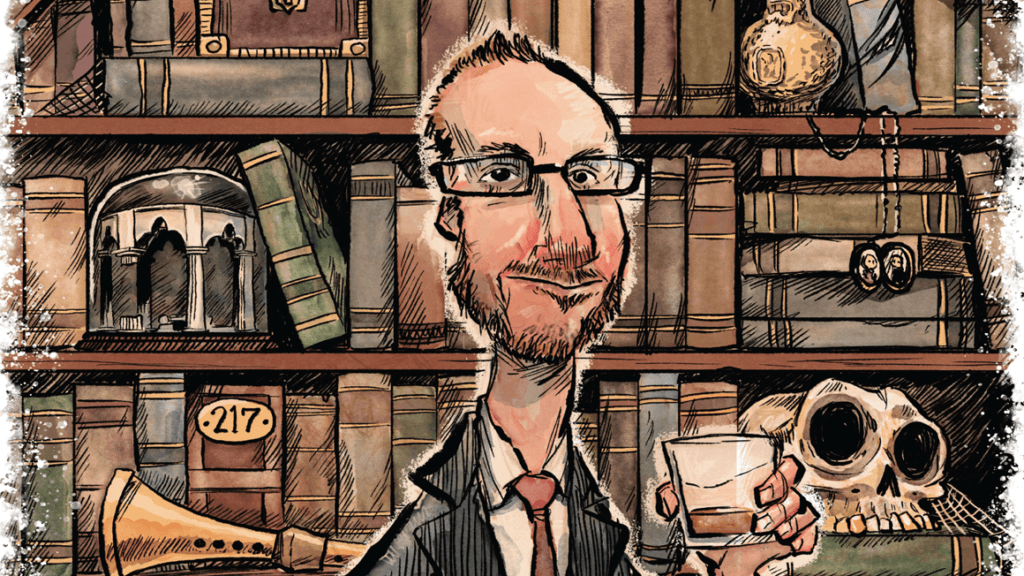 In the past, we’ve highlighted some of the unique ways Evernote helps writers’ creative work—from researching to archiving ideas. We recently caught up with Aaron Mahnke, author and host of the wildly popular and frankly hair-raising podcast “Lore.” Aaron talked about how the power of storytelling and a dash of Evernote helped fuel his passion.

Nothing beats a great story.

Storytelling has helped create our connection to others as long as we’ve been able to communicate.

Aaron Mahnke has used this centuries-old technique to forge an entirely new career path. A successful author, he has made a fascinating turn into podcasting. Lore was downloaded more than six million times in October 2016 alone, and was named “Best of 2015” by iTunes. Lore features spooky tales that have fueled our collective superstitions, everything from asylums to vampires.

Tapping into our collective fears

Stories have staying power. They weave themselves into the cultural fabric. Folkloric traditions, many handed down through generations, spark our imagination, illustrate a point of view, evoke emotion and delight, and share observations.

Stories can also scare the living hell out of us.

People love to be scared. Whether it’s a horror film on the big screen of a cineplex, or the mounting dread of a Stephen King novel, we’re compelled to the spooky and drawn to the fearsome.

“There’s something to be said for the sharp emotions that we feel when we’re frightened. Being scared by something has a way of making us feel alive,” Aaron says. “Superstitions have a way of helping us explain the things we don’t understand. Together, these tales help us get a better grip on our lives, our reality, and the experiences we have as individuals.”

Aaron has had a lifelong fascination with the supernatural. It was fueled at an early age by a fifth-grade short story assignment for Halloween that married creative writing and the weird.

The tale he told is not for the faint of heart. In it, a young boy unearths a pumpkin only to discover that the festive gourd was full of bones, absorbed from the soil of a forgotten burial ground.

For Aaron, this macabre tale was an easy task. “It was like being given a bucket of quarters and free access to a video arcade. I was in heaven,” Aaron recalls. In a way, this story was the proving ground for the types of work that would help to define his career, not just as a writer, but also a spoken-word storyteller.

A podcast is the perfect medium for ethereal tales and all things spooky and terrifying. They harken to a period—not so long ago yet distant in our imaginations—when families would gather around the radio and listen to shows that depended on the audience’s imagination to be effective.

This American Life, a weekly public radio show, helped lay the foundation for a new wave of engaging, original storytelling beginning in 1995. More recently, their spinoff show Serial helped take podcasting to renewed popularity. It’s a powerful confluence that has ushered the almost-forgotten medium of audio back to vanguard status. Much like Aaron’s work on Lore, many people are experimenting with new approaches, business models, and ideas through podcasting.

Podcasting has become a compelling way to advance the narrative and explore storytelling. With production revolving primarily around narration and audio elements, listeners are forced to visualize stories in an entirely new light. It’s like gathering around the campfire under evening stars to hear a ghost story, only it happens in the car or the gym, and, for most of us, in solitude.

Each episode, which comes out bi-weekly, features a long-forgotten, true story, underscored by the podcast’s tagline: Because sometimes, truth is more frightening than fiction.

These tales have been curated by Aaron over the space of several years and maintained in a living document — and this collection serves as the impetus for Lore. Nearly all of them are mythical and folkloric, dealing with everything from hauntings and nefarious activities to cryptozoological beasts. The stories are cobbled from places like the magical and mysterious Northeastern United States, and the dark forests and gothic graveyards of Europe and the United Kingdom.

Together, they explore the roots of our fears and their place in history.

Aaron spends a lot of time working on Lore. In addition to running the business side of podcasting (marketing, promoting, and growing his audience), Aaron has a big role in researching, producing, writing, hosting, and editing every episode.

Writing and editing alone account for a major effort. “Each episode takes me maybe 12 hours to write and edit,” Aaron says. “After that, another three to four hours of recording and production before it’s ready for public consumption.”

All in all, more than 30 hours of work are required across every step of the process to create a single episode.

Recently, Aaron hired a research assistant to help him with the initial stages of that process. “She’s wonderful, and tracks down the right reading material, saving me the time I would have spent on exploration and dead ends,” he says.

There’s also the occasional opportunity to collaborate with other creative folks. He tapped Chad Lawson, a composer and pianist (and passionate Evernote user) to help score the opening music of the podcast. Chad also helped with music for an upcoming live show in Boston.

While many writers argue about their methods, rituals, and traditions when it comes to writing, Aaron strives to write every day.

“I’ve always held to the advice that a writer should write every day. It’s a lot like exercise. When you run once a month, your body never has a chance to get used to the stress and build endurance. You can’t make improvements and grow. And I treat writing the same way,” he says.

“I write for about four hours each morning. It’s how I start my day before anything else intrudes. Of course, I have that luxury because I do this for a living.” He remembers a time when such freedom was unavailable to him. “Before, writing was a thing I squeezed into the cracks in my life. Evenings after the kids went to bed. Lunch breaks. I’ve tried everything, all with the goal of just making sure I can write a few hundred words each day.”

“We put writing up on this pedestal as some sort of creative magic,” Aaron says. “Many writers are bound up in ritual and atmosphere. Things have to be just right. But when we treat writing like some sort of unicorn we need to capture, we tack on all sorts of baggage and stress. Writing is creative, yes, but it’s also work. It’s just a task.” 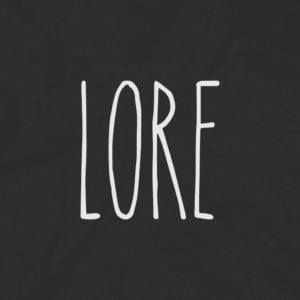 The future will be televised

Aaron’s work on Lore has received so much attention that it will soon become an hour-long television series, produced by Amazon. The show will be an anthology of the tales that made the podcast popular, each offering a mixture of narration, mixed media, and cinematic shooting.

“Amazon has taken a risk on a new kind of hybrid show that’s going to push the envelope in so many ways. I think at least part of the continuity, at least from my side of things, will stem from using the same tools and methods that I already use on the podcast.”

So far, Aaron has discovered that the process, techniques, and writing methods he uses for the podcast have transitioned smoothly to the medium of television. Fans clamoring for a preview will be excited to learn that the same unnerving elements that cemented the success of his podcast will be present in the unscripted television series set to premiere in 2017. Behind the scenes, Aaron is teaming up with executive producer Gale Anne Hurd, who works on The Walking Dead, and Glen Morgan, a producer and writer for The X-Files. Viewers can expect the television show to highlight  the “frightening, psychologically disturbing and paranormal true events that spawn our modern-day nightmares,” Hurd announced at New York ComicCon.

Tool of the trade

From successful businessman to multi-platform producer, Evernote occupies an important place in Aaron’s workflow. For a long time, the app served as a sort of storage locker — a place where Aaron stored links, images, notes, scraps, and ideas into clearly-labeled notebooks. It was what he called a “someday box.”

That someday box has evolved into a reliable engine that fuels Lore’s daily workflow. The tool that got him over the proverbial hump? Evernote Web Clipper.

In addition to clipping, Aaron builds a number of Evernote features into his process, including marking up PDFs, tagging, and a multi-layered, interconnected notebook system that ties together all the elements of his research and writing.

“It’s a process that sounds simple on paper: I pick a topic I find interesting, and then research every aspect of it that I can,” Aaron explains. “I read for hours, taking notes and highlighting pieces of story or information. And when I’ve filled my head with everything, I find a quiet place and think through the outline. A lot of that happens in Evernote.”

If you’re wondering what Aaron’s tagging system looks like, we’ll just have to leave you with a bit of… mystery.