Evernote at the Holidays: Making a List, Checking it Twice 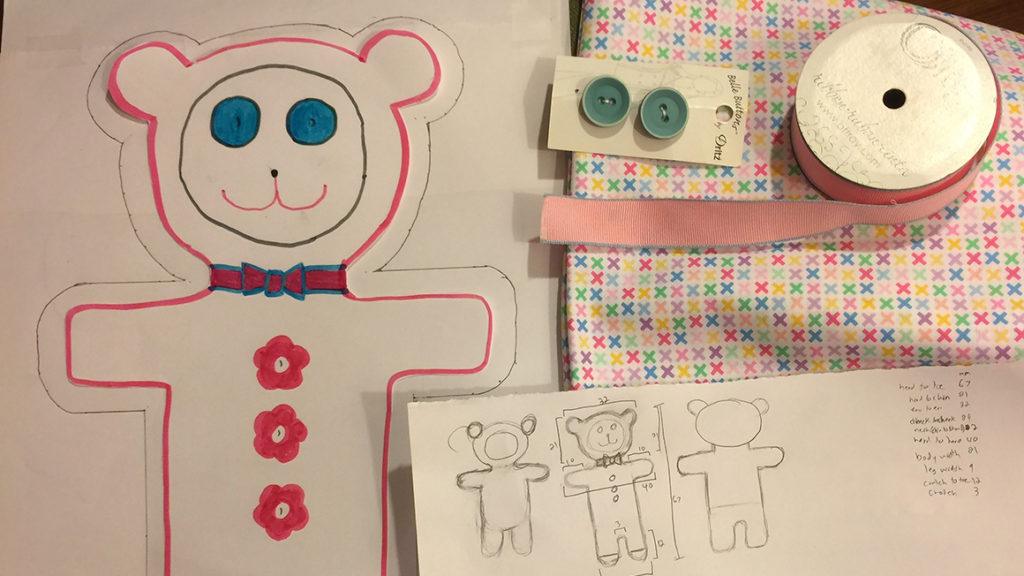 It’s officially the start of the holiday season, so we checked in with Evernote’s holiday productivity expert Brian Tobin to learn some tips to help you become more productive over the next hectic month. But Brian, the technical program manager at Evernote, isn’t thinking about the holidays. He’s thinking about a teddy bear.

Brian just made a recreation of his childhood teddy bear as a present for his mother. Not that he knew how to sew, or had a pattern, or any idea how he was going to do it. He gave it to her the previous weekend, at his sister’s wedding. And it was perfect.

“Counter-programming” for the holidays

“You want to know what the holidays are about?” Brian asked. “It’s all about family time, and being together. Anybody could tell you how to use Evernote to make shopping lists and gift check-offs. I use Evernote at the holidays to plan ahead, to make sure I have plenty of time for people I love. I call it counter-programming. I find ways to avoid crowds, I work ahead to make time for family, and use the time off to plan for projects I’ll want to do during the rest of the year. The goal is eking out every moment you can for relaxation. To optimize those precious moments you have with your family.”

We’ll get back to the teddy bear in a moment. Brian makes it clear: if you want that peaceful, memorable holiday time, you need to plan ahead. Naturally, Brian uses Evernote. At work, he uses a template to keep track of his team’s quarterly and annual achievements, so he doesn’t have to scramble to finish year-end reports. “When you’re stressed out, that’s when you’ll fail,” Brian said. His template includes simple red/yellow/green buttons to indicate the status of each project. He simply puts finishing touches on the note and submits it for his end of the year report.

Get Brian’s Evernote template to track quarterly or annual progress

Lists to minimize stress at home

At home, Brian’s taking no chances of letting anything ruin his holidays, either. He keeps lists of contractors who would be available in any emergency. “In areas where it rains and snows, and there’s a leak somewhere, or a storm drain backs up, you want to be ready.” His contractors’ list includes quotes, notes about quality, and reviews that he’s collected during the year, while he researched other, non-emergency home projects.

Though Brian is a home renovation enthusiast, he says that the holidays are absolutely not the time to take on big projects. The holidays, he says, are the time to plan. He scans through magazines and uses the Evernote camera to take pictures of inspirations for remodels he plans for later in the year. That way, he can categorize the images into notebooks and tag each photo by project or idea. His tags include items like “roof” and “home addition” so he doesn’t have to remember why he took a certain picture. He also uses the cold winter nights to scan websites like Houzz, real estate sites, developers’ online portfolios and interior designers’ websites for ideas, and he uses Web Clipper to save those images into his notebooks as well. His images range from roof tiles, paint swatches, his idea sketches, landscaping layouts, and pictures of individual plants in his garden to Christmas decorations and photographs of the underside of his kitchen sink, annotated with dimensions. He is an avid photographer and chronicler of the ordinary, using his phone to randomly snap pictures of walls, furniture, rugs, and lighting fixtures, but these images come to life in Evernote. 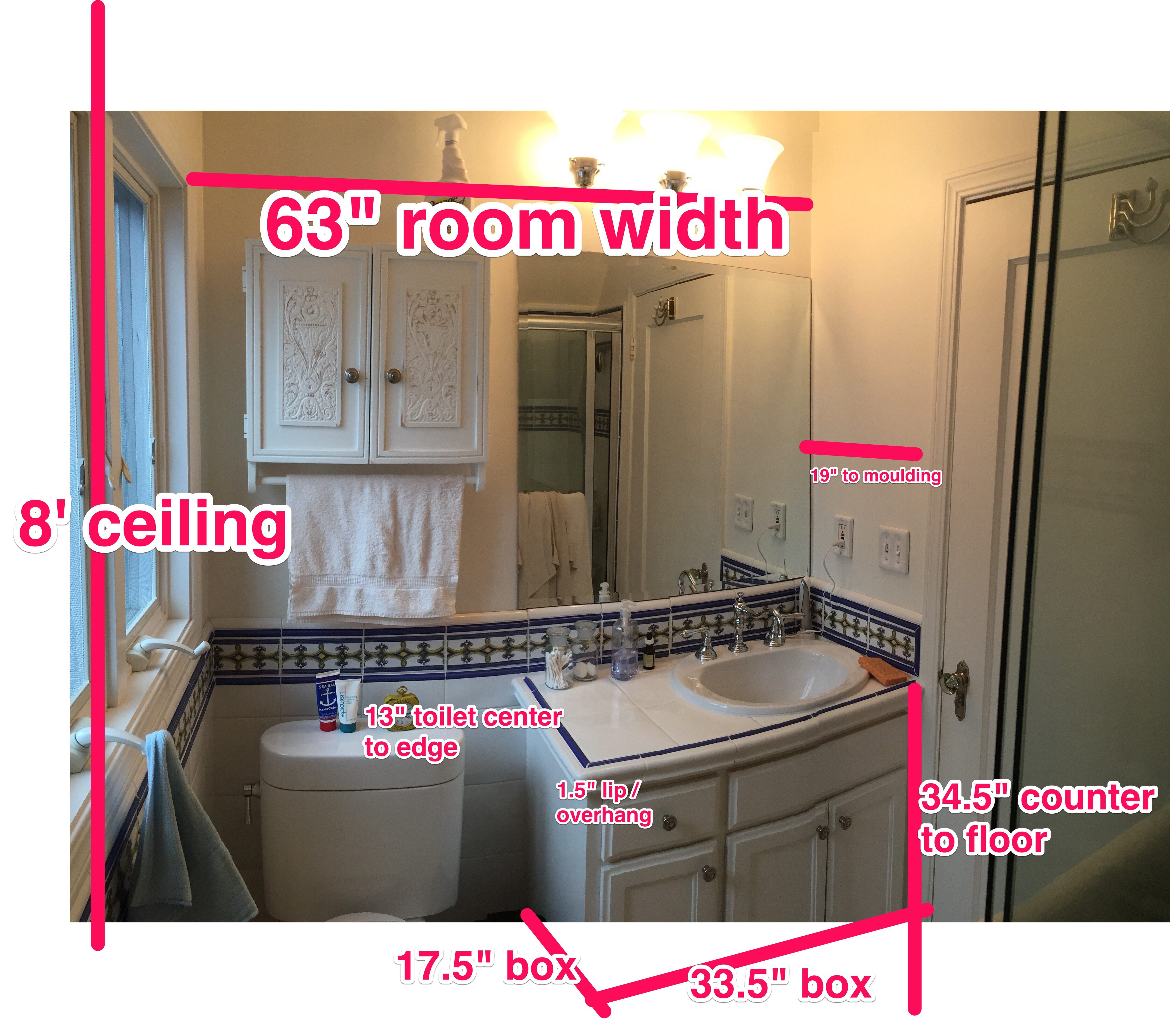 “You know what’s really interesting? Watching how your home changes over the years. These are things you miss if you aren’t paying attention. Being able to re-watch your garden growing and receding. Being able to notice and reflect on things like that. I annotate my garden pictures,” he said. “I know which plants worked and which ones didn’t.” He points out a close-up of tiny green leaves poking through the soil. They’re his great-grandmother’s irises. “She planted them decades ago in Fargo, North Dakota,” he recalled. “We’ve been passing the bulbs down through the generations ever since. My mom sent me some of those bulbs, and now they’re growing here in California.” He tapped on the photo for emphasis. “This stuff is too precious to risk losing,” he said.

“Read the instructions. Ask questions. Figure it out. It’s not hard.”

That brings us back to the teddy bear. Part of Brian’s plan to maximize time with family includes spending as little time in malls as possible. But that doesn’t mean he doesn’t shop, and he values the time put into making gifts himself. Brian’s inextinguishable desire to do things himself led him to do something he’d never attempted before. He had a photo in Evernote of his childhood teddy bear, a fabric-and-button home-crafted bear with a blue ribbon bow tie. He loved that bear. He still has it. The new bear, however, would have a pink bow tie, to honor the impending arrival of a baby daughter. The fact that Brian had never sewn anything before left him unfazed. 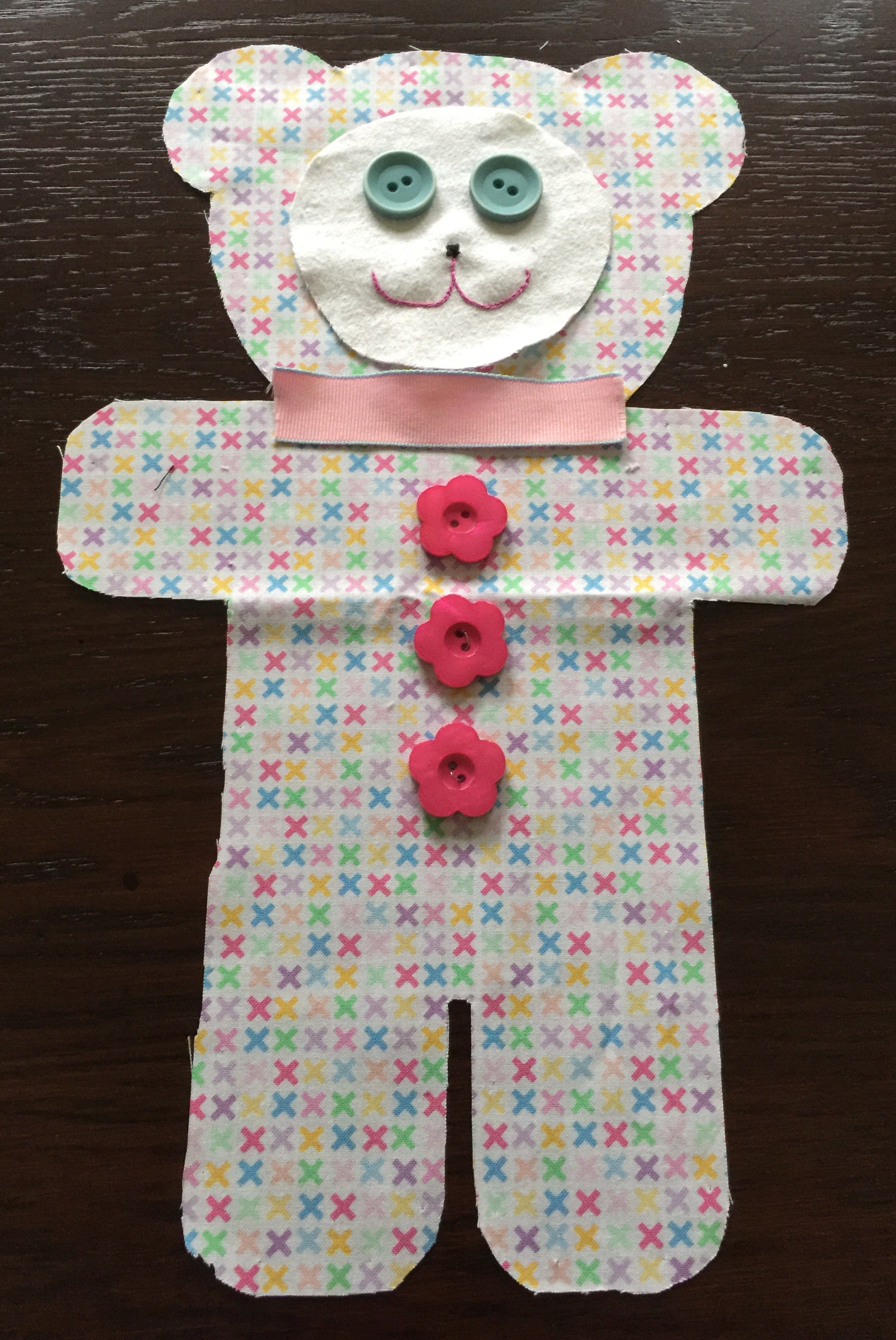 “I just like to make stuff,” Brian explained. “The more I do, the more I realize we can do anything if we’re not afraid to fail the first time. Look on YouTube. Read the instructions. Ask questions. Figure it out. It’s not hard.” Brian bought a sewing machine online, then went to a local fabric and craft store for help. “There’s a time and place for online shopping,” Brian said. “If you know what you want and what you’re willing to pay, online is great. But if you have questions, it’s important to spend the money locally and talk to someone who knows what they’re doing. I spend money at those stores so I can make sure they’ll still be there for the next person who has questions.” Brian left with the perfect fabric, some inexpensive fabric to practice, and a lot of advice from sewing experts. He created his pattern from the photograph in Evernote, set up the sewing machine using the step-by-step guide that came in the box, and went to work.

“The more I do, the more I realize we can do anything if we’re not afraid to fail the first time.”

At home for the wedding, Brian presented his mother with the teddy bear. “She was teary as heck,” Brian smiled. “Exactly the response I was going for.” 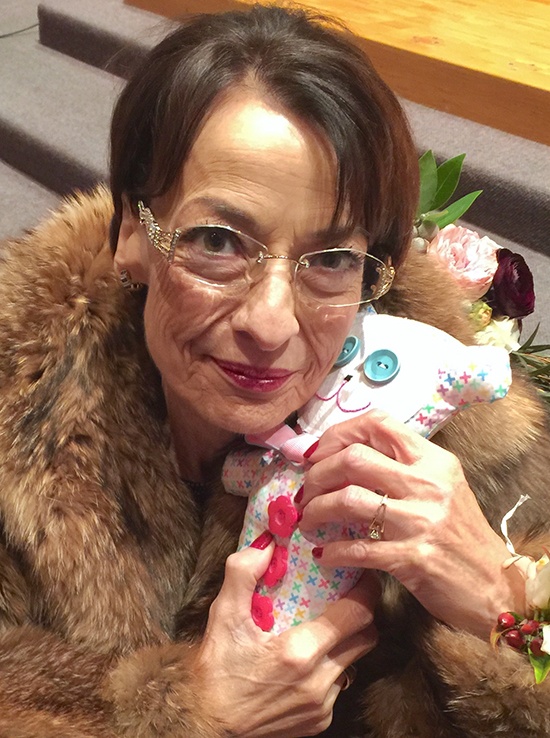 Now home and in full holiday mode, Brian is turning his attention back to his home. Now that the leaves have fallen, it’s time to trim back the trees. He’s already annotated photos of the trees he wants to be cut, put his mother’s holiday jello recipe in Evernote, and he’s searching for out-of-the- way places to take his family and clipping those ideas into Evernote, too.

And he’s contemplating making another bear.

Take Evernote home for the holidays. For a limited time, new and Basic users get 6 extra months when you buy Evernote Premium or Plus.