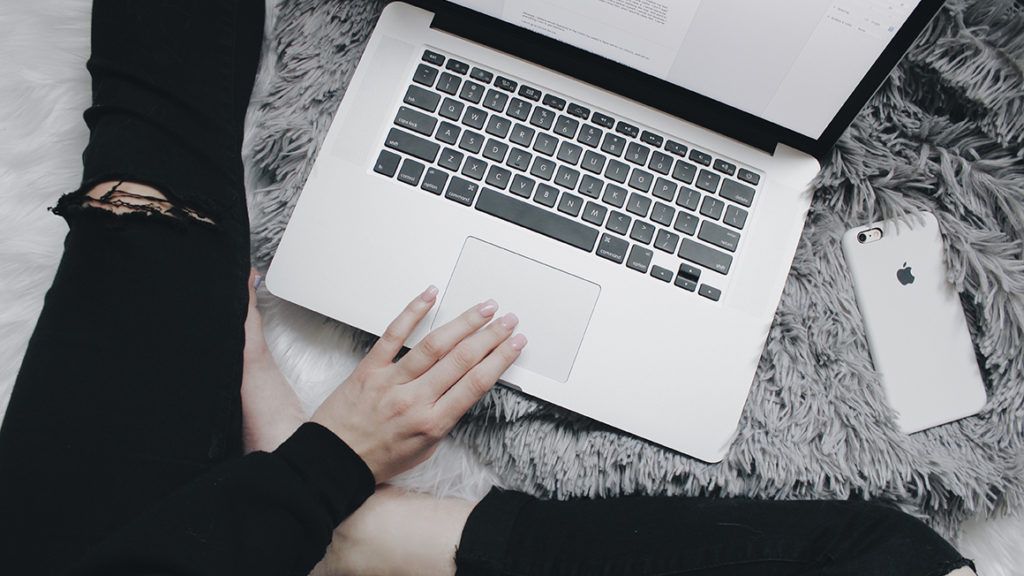 It wasn’t that long ago that telecommuting was considered a rare setup for an employee or contractor. That’s no longer the case. A significant number of US workers (37 percent, by some estimates) fulfill their job duties from somewhere other than an office. But how is it possible to work from home and be productive with so many distractions and temptations? Your mindset and environment are just as important as good old-fashioned self-discipline as a recipe for remote work success.

Research shows that productivity is generally not an issue for most off-site workers. A U.S. News & World Report found that offsite workers tend to be productive even when they’re sick, and typically work five to seven more hours per week than their on-site counterparts.

Still, there are times when even the most well-meaning among us might accidentally ignore our co-workers or forget for an afternoon that “off-site” doesn’t mean “off the clock.” Here‘s how some successful telecommuters live the dream.

One of the biggest perks of working alone in your home is boundary blurring. Wearing your jammies all day, keeping the television on for company, hosting breakfast meetings for you and your cat—you get all that and more. Starting your work day should mean more than nudging aside the cereal bowl. Your mentality may be affecting your job performance, and ultimately, how you feel about your role.

Though many of us don’t have an extra room in our homes to use an office, a dedicated workspace helps keep you focused. Working in a chaotic house full of teens or kids, or just an elbow’s length away from a sink full of dirty dishes are both distractions you don’t need. Some telecommuters shower and get dressed as if they’re heading into an office and then march into their office or guest bedroom. Others park themselves at the end of the dining room table they only use during work hours.

“I’m a very big believer in having an office that is separate from your living space, although not everyone can do that,” says Julie Francis, BellaVia Research UX research and strategy founder. Francis has maintained a home office for more than a decade. ”For me, the second I walk in my office, I’m in work mode. There’s no transition.”

If you can’t carve out a physical space just for you and your laptop, you can at least do so mentally. Invest in good noise-cancelling headphones, if that helps you shut out the outside world. Ignore the dishes until you’ve hit a project goal. Tell your kids to knock on your door at their peril. Your personal “do not disturb” policy may be your only way of treating your home office as a “real” office. If getting ready for each day is nothing more than showering and pulling on your “day jammies,” that’s up to you.

Set your pace: sprint or marathon

What keeps your engine running? To be successful, you need to be honest about what keeps you productive and work with, not against, your style. Are you a sprinter, or a marathoner?

Some people are a mix of the two: long blocks of time in the morning, with short bursts throughout the afternoon. There’s no wrong approach, so work with your natural rhythm. If you’re a sprinter, breaking up your larger projects into discrete segments is going to make your day a lot more pleasant and keep you more effective.

Bend with it: Being flexible is how you don’t break

Flex time is how many high-intensity employees are able to meet all of the demands on their time. “I work from home three days a week and am able to keep work and home separate simply because I have a six-year-old that demands my attention once she gets home from school,” says Beth Faris, Senior Marketing Manager at O’Reilly Media. “However, I may work some more after she goes to bed in the evening.” Keeping flexible hours even part-time can be a way to maintain some semblance of work/life balance.

Many off-site workers stay glued to their work space all day, even when they can take breaks. If you’re telecommuting and can take care of your other pursuits around that scheduling flexibility, all the better. Block out your lunch breaks to hit the gym or work on your Great American Novel. Can you call into non-essential meetings while walking the dog (with your phone on mute, of course), or getting your steps in on the treadmill? What can you do to make the job flexibility work for you?

Mission Possible: Stay focused even away from your desk

Whether you step away from work during the day, or power through your hours, you need to find some way to maintain your focus. “You do need to get out of the house,” says writer and editor Sandra Miller. “You need to mix it up a little bit to avoid cabin fever. Run out to the local deli to grab lunch, but don’t also wander into the bookstore down the street. Grab coffee with a friend, but keep an eye on the clock. If it’s still your work day, outings should have some sort of goal, and your goals should have time limits.”

Breaking up the day doesn’t work for everyone, however. “I do not run errands during work hours,” says sales coordinator Lauri Lerner. “I don’t want my work day spread out over 12-14 hours. I focus on work during my eight, nine, or 10 hours, and only after that will I go out and do errands.”

Ditch multitasking: Don’t do more just for the sake of more

“Multitasking” has long been a corporate buzzword, as if it’s the desired state for ultimate productivity. But according to the American Psychological Association, doing more than one task at a time takes a toll on productivity. Not all of us are designed to be natural multitaskers. Some telecommuters prefer to limit how often they check their incoming emails to once an hour, rather than looking at each message as it arrives.

Communication is key: Touch base early and often

Though it can be frustrating to admit, if you’re not physically visible, you run the risk of being perceived as unavailable. It’s up to you to show ‘em you’re on top of tasks and dedicated to those deliverables.

“Communication is key for me,” says periodic telecommuter  Martha Garcia, an executive assistant at Logitech. “When I’m offsite, I’m still visible and reachable at all times. I make sure I remain in a position to reply immediately when someone needs me, even if I’m not actually sitting in my home office.”

“Schedule video meetings instead of phone meetings as often as you can,” suggests Francis. “As much as we all hate to be on a webcam, it really does make meetings more efficient.”  If you use Slack, Google Hangouts, or any other type of chat tool, make sure your status is updated to indicate your availability. If you do go offline, leave a status indicating when you’ll be back. If you just need focusing time, put that into your message, don’t just say you’re away, or it will send the wrong message.

Goals and deliverables: Be the boss of you

Ultimately, working off-site is best if you’re disciplined. Francis firmly believes in what she calls “the golden rule of procrastination.” “Always do the thing on your to-do list that you least want to do. It’s often the hardest thing, and once it’s done, it’s a huge relief.”

Always do the thing on your to-do list that you least want to do.  –Julie Francis

How successful you are will always depend on how well you and your company manage your physical absence. “I work at a very flexible company that favors telecommuters,” says Garcia. “We use phone, email, text, and Google Hangouts—so you can literally work from anywhere as long as you have access to the internet and a phone. Not every company is like this, so I think it is much easier to be an effective telecommuter if your company gives their employees the flexibility and the tools to be one.”

This article was originally published on the Evernote Blog on July 7, 2017.