You Better Watch Out: Santa’s Got Evernote 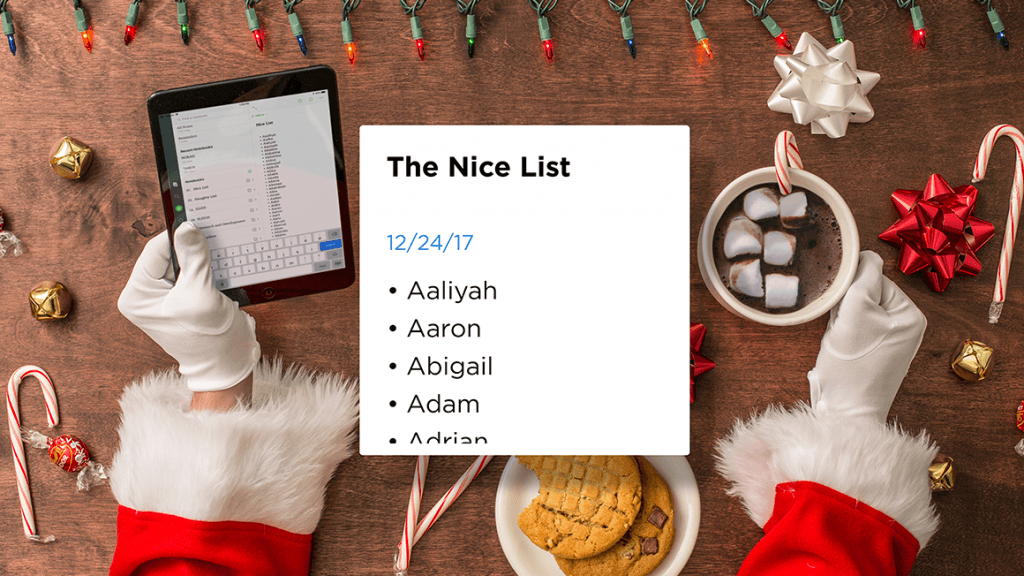 The first thing you notice when you arrive at The Workshop is the cold. You expect it to be dark; it’s pretty far north, and it gets dark earlier the further north you go. My host points out a sudden glow of green light in the sky. The Northern Lights pulsate and glisten and turn the snow a reflective green so that the whole place looks, for a moment, like a glow-in-the-dark toy. It’s a resemblance that all of the employees there cherish.

It’s mid-November, and the entire company is in high gear. Their busy season begins in June when the days are long, and the customers are few.

The Workshop depends on the holiday season, with little to no time for late shipments. With such short, precise production time and a tight delivery schedule, working in harsh conditions, you’d expect tensions to be high and tempers short. But this workshop depends on Evernote to keep business communication and production running smoothly, so all is calm, all is bright.

How the boss manages email himself

My companion, a bearded gentleman who looks significantly younger than the age he claims, invites me into his office, pulling off his red outdoor gear and hanging it on the back of the door. (“Gore-Tex,” he whispers. “LL Bean has us on that one.”) Once behind the desk, he whips open his laptop and shows me the vast amount of email he receives daily. He seems to scroll endlessly as his eyes whisk past each request.

“That’s a crazy amount of email,” I comment. “You get this every day?”

He shrugs, then laughs the nonchalant “Ho Ho Ho” of a CEO who knows he’s steering his company in the right direction. “Sometimes more,” he says. “It’s okay. Watch this.”

He opens up the first email, briefly scans it, and then hits ‘Forward.’ He plugs in an Evernote email address that he’s saved in his contacts. With his fingers flying over the keyboard, he adds “@nice,” then “#Spiderman,” followed by “#actionfigure.”  The email disappears. “They all want Spider-Man,” he mutters. “I’m more of a DC man myself, but whatever.”

“They say I make a list and check it twice,” he laughs. “Oh, they have NO idea.”—Santa

“Wait, what did you just do?” I ask, eager to learn some of the great man’s magic. He explains that he’s forwarding email to Evernote, where he’s using the “@” symbol to sort it into two notebooks he keeps—“@naughty,” and “@nice.” In the same ‘To’ line in the forwarded email, he’s sorting the request by tag, so that his employees can quickly pull up a list of how many of each toy to create.

“Spider-Man car, Spider-Man plush toy, Spider-Man vinyl pop,” he says, scanning his emails. “You have to keep track of all this stuff, and you can’t get it wrong. Evernote keeps it all organized for me. As soon as I add a request to the queue, the E.L.V.E.S. can pull it up on their devices at the same time, so we’re all on the same page.” He winks. “They say I make a list and check it twice,” he laughs. “Oh, they have NO idea.”

I ask to see the factory and to learn more about how the workers use Evernote to organize toy creation. I’m introduced to a small but driven woman named Krystal who heads up E.L.V.E.S. (Employee List Verifiers Entrusted (by) Santa) operations. Krystal, who was, until recently, COO of Lollipop Guild, LLC, embraced Evernote as soon as she arrived at The Workshop. “It used to be that the only path I could reliably follow was made of yellow brick, and that was pretty inflexible. But Evernote updates automatically across everyone’s devices, so we’re always up to date.

“We don’t need to keep track of Naughty and Nice like my boss does,” Krystal explains. “We just need to make sure that we’re turning out the right stuff.” She solves that issue by duplicating notes from Santa’s lists and re-inventing them as tables so that all the E.L.V.E.S. can see the production schedule on a single note.

“It’s a big job,” Santa admits, sipping a hot cocoa in the break room. “I have to keep my eye on my customers 24/7.” He shakes his head. “Between you and me, it’s kind of boring watching them when they’re sleeping. That’s why I don’t have time to be involved in the day-to-day operations. But wherever I am in the world, I can always check into whatever’s going on because it’s all in Evernote.”

The Workshop has a unique, proprietary shipping system called SLEIGH, and in charge of that department is Elrod, who comes to The Workshop from MiddleEarth, Inc., with an extensive background in long journeys. One of his challenges was to find software that could integrate with SLEIGH, and he landed on creating shipping manifest templates and keeping records in Evernote.

“Nothing gets by me,” Elrod boasts, as packages arrive from the manufacturing floor. “All I have to do is check Santa’s original list and add each line item to the template.” He keeps a note for each package, and since individual notes automatically get a URL in Evernote, Elrod turns each link into a QR code. “I slap the code on each package, and all Santa has to do is use the code reader on his device, and Evernote shows him the right child and address,” he says proudly. “I like to say that we’re sleighing it,” he adds.
Make Elrod’s magic with templates in Evernote »

Not every employee is directly involved in production at The Workshop. I’m introduced to Belladonna, who works tirelessly as head of the E.L.V.E.S. Resources department. “Keeping employees happy is Belladonna’s main concern,” she tells me, always referring to herself in the third person. Belladonna keeps an up-to-date shared notebook in Evernote that serves as The Workshop’s intranet. There, employees can check out policies on vacations, benefits, and career growth information, as well as have visibility into other areas of the company.

From links in Evernote, all the E.L.V.E.S. can track Santa’s journey through NORAD, and keep tabs on the reindeer while a live feed continually updates Santa’s “@Nice” list.

See how humans and E.L.V.E.S. alike can manage HR in Evernote »

Santa is particularly excited to have me meet with his head of Research and Development, who goes by only his initial, B. “He’s head and shoulders above the others when it comes to this stuff,” Santa says proudly.

B works a year in advance, so when the other E.L.V.E.S. are making toys for this holiday season, B is hard at work discovering what next year’s hottest requests will be. “If we’re going to start making these in June, we have to know now what raw materials to order,” B explains. He keeps tabs on the trends by using Web Clipper. “I just love it that my job is grabbing pictures of upcoming movies, TV shows, and games,” he grins.

As Santa shuttles me out of R&D, he explains that our visit is over. “We’re very busy,” he apologizes. He looks across the darkened horizon. “Winter is coming.”

I turn before I leave to take one last look at the Workshop. Santa is pleased. As I go, I can see him sipping his cocoa, and I hear him exclaim, “I love this place.”

Whatever, however, and wherever you celebrate, happy holidays from all of us at Evernote. 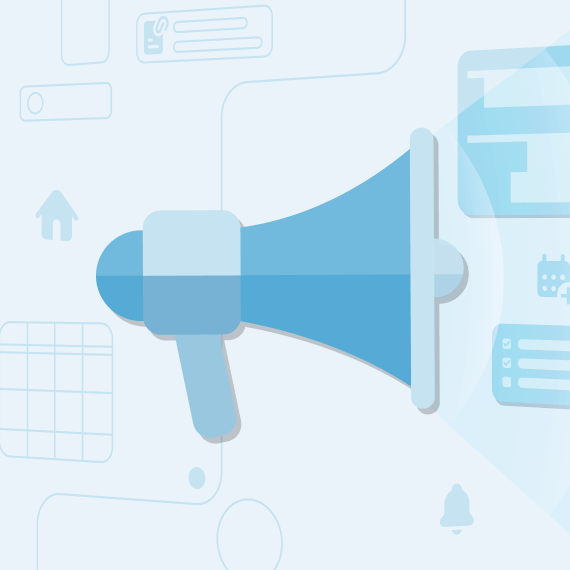