“One business does command us all”: Shakespeare and Collaboration 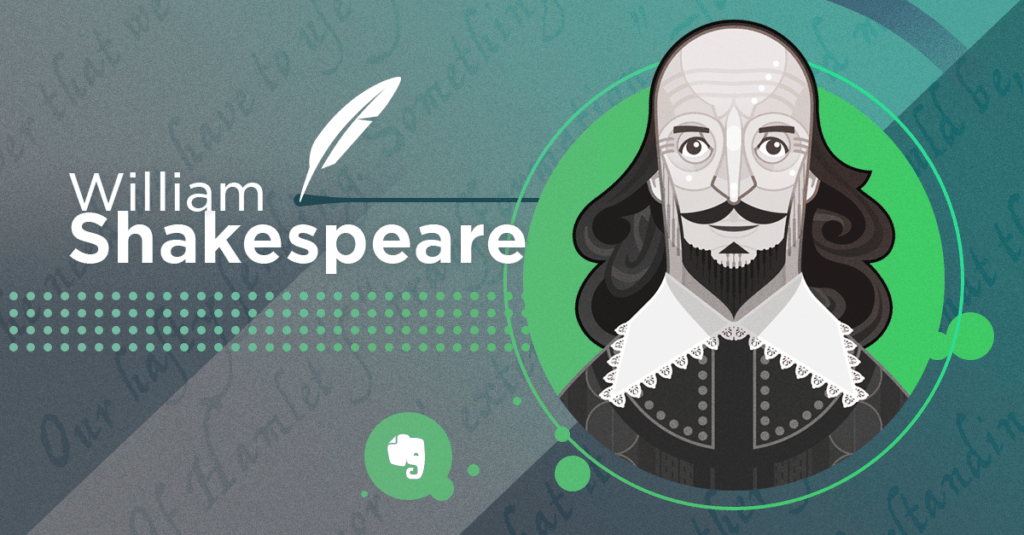 In the last post, we discussed how Shakespeare’s communication style made his words timeless, and how you can put some of his techniques to work in your own communications. But Shakespeare was more than a great communicator. Recent research has shown us proof that he was also a great collaborator. Thanks to technology, we can now analyze texts and get a pretty good idea of where one writer leaves off, and another takes over. In fact, there’s evidence that Christopher Marlowe was a co-author of some of the histories.

“Prithee, be my present partner in this business” – Look for times and opportunities to collaborate

Shakespeare didn’t work alone, and neither should you. The more we learn about the Elizabethan theatre, the more it seems like the writing process worked like a writer’s room on a television series. Writers divvied up various sections of a play according to their strengths and interest: “Jonson, you take Act II, scene 4 and Act IV, scene 1. Fletcher, can you take the rest of Act II? I’ll handle Act III and the end of Act V.” Later, they assembled these pieces production and performance. The result wasn’t a hodgepodge of styles, though. After all the pieces were in, someone (in this case, Shakespeare) probably went over everything to make sure that the tone and language were consistent and coherent.

Nobody knows everything, so it’s always good to seek help on a project. That help can be as simple as talking over your thoughts with someone over coffee or as complex as heading up a large team. The more viewpoints and group knowledge you can access and the more varied and inclusive your sources and information that you include, though the stronger your result will be. We can see through the varying versions of his plays that Shakespeare made edits and changes as his audiences reacted and responded to them.

Shakespeare created three-dimensional characters by considering every aspect of them. Richard III is as charming as he is villainous, winning the audience over to his viewpoint even as he murders his way to the throne. Hamlet, despite his nobility, drives his fiancee to suicide. When you foster inclusivity in your team, every member will feel represented and heard, and the final product will have greater dimension and scope. Just as it takes cooperation and collaboration to make a theatrical production successful, those virtues also ensure a better project or report that represents the knowledge of more than one person.

Anyone who’s worked in the theatre knows that the sum of a production is greater than its parts. Even an actor playing a huge role like Hamlet is only as good as his (or her) supporting cast. Each actor learns what is expected of them to make the production a coherent whole. A role like the Second Gravedigger may seem inconsequential on its own, but smart and team-motivated performers know that, without them, a production of Hamlet is like a smile with a missing tooth. Something is missing.

When working on any project with others, while the ultimate goal is to complete it, there’s a secondary reward in having been part of a successful team and building new relationships. Be aware, though, that team members who try to take over or overplay their parts will throw off the balance and chemistry of the group. That sort of behavior may earn the resentment of other team members who become overshadowed unfairly. Work on enough successful projects well, and you’ll be noticed for being a great team player — with whom everyone wants to work.

As Shakespeare did when writing characters to match the actors he knew could play the roles, gauge the strengths and weaknesses of your teammates and figure out how they mesh with your vision. Work with people you can trust and who’ll follow through. Nobody wants to work with a slacker and pick up their work. Who has time for that?

Very often in Shakespeare’s plays, his characters will break into soliloquies. These sometimes-long speeches, usually spoken by an actor alone on stage, tell the audience just what a character is thinking behind his or her actions. Sometimes (as in Richard III), the characters fully address the audience to include them in the action. At these moments, Shakespeare fully acknowledges the fact that the people he’s writing about know they’re in a play and being watched by an audience and will collaborate with them.

When you write, you always have one “secret” team member collaborating with you that you might forget about: your audience. Who are you writing for? Are they a casual friend? Your boss? A teammate? A sibling? A group? Each of these people has a different viewpoint, perspective, and knowledge, and your writing has to be custom-tailored to fit those requirements. You have to know if your ultimate audience knows nothing or a lot about your topic

That final audience should always be in the back of your head, but on some projects, the burden may just be too much for one person to carry, so you can lighten your load by working with others — which will increase the amount of information you can convey.

You’re not Shakespeare, and you (probably) won’t have to adhere to dramatic conventions, so you have the freedom and responsibility to keep your writing coherent and obvious. Don’t make your audience (your boss or team leader) do the unnecessary work of trying to figure out how all the pieces fit together; that’s your job as a team member: to make sure that what you do is a valuable and contributing part of the whole. On the other hand, don’t underplay your part. Like an actor who’s been cast in a play, you’ve been put on a team because you bring your personal expertise to the group, so make sure that what you have to bring to the project is expressed. But don’t overplay your part. Do what you’ve been asked to do to the best of your ability.

Hamlet speaks to a troupe of actors about what good acting should be. His words work, though, as a comment about how good writers are those who know their audiences and can target their content without either talking down to them or getting too fancy. When you can find the perfect spot that combines information, expertise, and even entertainment, you become invaluable.

… let your own discretion be your tutor: suit the action to the word, the word to the action.”

Dave Sikula is a writer, actor, director and teacher who holds a BA and MS in Theatre and Film History and Criticism. He recently appeared off Broadway as Samuel Beckett in Sam and Dede, or My Dinner With Andre the Giant.