Surviving the Open Office (Really, It’s Not So Bad) 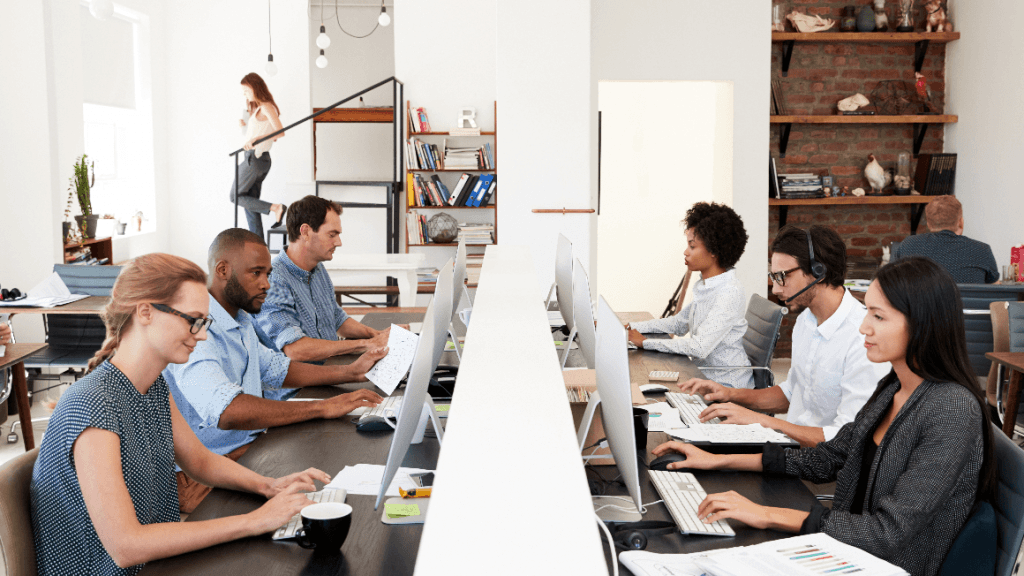 It’s ten o’clock, and I glance up from my first (okay, second) cup of coffee, only to lose my train of thought. That’s because there’s a visitor in the office. When our recruiter brings new candidates in, she gives them a quick tour, always zipping by my table. “And over here is the marketing team,” she points out. “You see we have an open office, which is really great for collaboration.”

A big part of life here at Evernote is our open work environment. We find that it helps us work more collaboratively, develop relationships, and cultivate a transparent culture.

And we’re not alone—open offices are everywhere these days. In fact, around 70 percent of US offices have some form of an open concept, according to the International Facility Management Association.

But not everyone is a fan. Critical headlines range from “9 Reasons That Open-Space Offices are Insanely Stupid” to “The Victims of Open Offices are Pushing Back.” Taking shots at the open office is as much in vogue as the open layout itself.

I have to admit, even though I’m a stage 5 introvert, some of this pushback seems a little harsh. It’s not that bad, right?

So instead of extolling the virtues of open offices or writing a manifesto on why they don’t work, we’ve drawn up the ultimate open office pro-con list. And regardless of which side you’re on, we’ve got tips on how teams and leaders can make open workspaces work.

Despite all of the negativity, proponents of the open office range from Michael Bloomberg to Steve Jobs. Facebook CEO Mark Zuckerberg even hired Frank Gehry to architect the world’s largest open floor plan for a legion of engineers.

It’s not hard to see why, especially when you consider the alternatives.

Cube farms may give you a modicum of privacy; they were hardly a beloved setup. Ugly, impersonal, and rigid, they’ve been mocked in many a Dilbert comic strip. And while private offices are appealing, giving everyone a corner office is simply unrealistic. (Curse you, Euclidian geometry!)

But the open office is not just a trendy corporate initiative to squeeze more people closer together. Here are some other pluses:

Let’s collaborate. Ok, you probably saw this one coming a mile away. But yes, you’re more likely to collaborate and connect with your co-workers if you can, you know, see them.

You can easily ask for advice without having to intrude on closed doors. Instead of sending an email, you can walk right over and actually talk. In person. And experts agree that face-to-face communication is the best kind. In fact, one study found that a face-to-face request is 34 times more likely to be successful than an email request.

Getting to know you. Open office plans also increase personal interaction. Unexpected bonds develop as jokes drift the across the room and impromptu lunch outings are organized. And studies have shown that work relationships have a huge impact. Research shows that having just one friend at work makes you more likely to stay.

Sparking creativity. Bringing everyone together in an open space can also help get the creative juices flowing. It’s easier to bounce ideas off of each other and organically get others involved through a simple, “Hey, what does everyone think about this?”

And while one of the main complaints leveled against open offices is the noise, one study found that we need certain levels of ambient noise to trigger creativity. Total silence can be stifling. Participants in the study who were exposed to 70 decibels worth of background noise (about what you’d find in a coffeehouse) outperformed other groups.

Keeping things equal. An open office environment can create a more egalitarian workplace and eliminate the competition for private offices. Many companies, including Evernote, don’t even give senior leaders a private space. This can make company leaders seem more approachable and personable, instead of turning them into intimidating figures employees never interact with.

There’s also more accountability. You can see who’s there, who’s not. If you’re putting in long hours, chances are it won’t go unnoticed. On the flip side, you (sadly) can’t spend the whole day looking at dog videos on Twitter when everyone can see your screen.

Change it up. Open concepts also allow companies to reconfigure workspaces as needed. If it turns out that putting sales next to engineers was a bad idea, you can change it. No need to commit to a single layout.

And this reflects the nature of how we work nowadays. We travel, we work from home, we go to meetings. In short, we’re not always at our desk. And studies show that workstations are unoccupied 60 percent of the time. So we need workspaces that reflect that.

Let the light in. Fewer walls equal more natural light. And research shows that natural light improves health, alertness, creativity, and sleep. A study also showed that better workplace lighting was linked to fewer absences. Not to mention the fact that sitting under the windowless flicker of fluorescent lights somehow seems damaging to your soul.

You also can’t just get rid of the walls, put everyone at a long table, and hope people collaborate. Culture change, norms, and respect for privacy and deep work also need to develop.

Whether it’s the sensation that the CEO is peering over your shoulder or the sinking feeling that you’ll catch a cold from the co-worker who just sneezed, there are some drawbacks of laying it all out in the open.

Some argue that all of the benefits of open spaces might not make up for these drawbacks:

Do not disturb. Critics contend that while we think the open office will lead to more collaboration, it can actually lead to less.

We don’t really want to collaborate all day long—we need time and space to think, too. So we build our own ‘walls.’ We manufacture barriers and find ways to create our own little bubbles of isolation. Most of us recognize the furrowed brow of a ‘don’t bother me’ face. There’s even a whole industry of products to protect yourself, from noise-canceling headphones to pop-up personal tents.

As Jason Feifer puts it in Fast Company, “We like talking to each other, but we have been put into an environment that tries to manufacture that talking, and now we do the opposite.”

Can you keep it down? One of the biggest complaints among open-office workers is the noise. Personal (and business) phone calls. Brainstorming sessions. Music blaring. People talking to themselves. Chances are if you work in an open office, you’ve heard it all (pun very much intended).

A 2013 survey showed that more than two-thirds of US employees are unhappy with the noise levels at work. And while we know a certain amount of background noise can help foster creativity, research has shown that too much open office noise can wipe out those benefits. Unlike when you’re at a coffee shop, at work we know the people making the noise. It’s harder to tune out. Excessive noise has been linked to stress and fatigue. One study even found that noisy offices impair your ability to recall information or even do basic math.

It also creates a sort of peer pressure to keep it down, usually conveyed via a carefully placed ‘stink eye’ that makes you less likely to chat.

Pass the hand sanitizer. If you feel like you’re constantly getting sick from work, it’s because you probably are. A Danish study found that open office workers had significantly more days of absence due to sickness. A different study found that a lack of private offices caused high blood pressure, stress, and staff turnover. So those coughs and sneezes really may be something to fear.

Hold that thought. You’re really in the zone, and then someone creeps up behind you, seemingly out of nowhere. “Hey, do you have a second to chat?” a co-worker says. We’ve all been there. It never lasts just a second and then it’s hard to get back into it.

But it keeps happening because when you’re out in the open, you’re somewhat of a sitting duck. Some people assume that you’re free for a chat because they can see you.

Whether it’s people physically coming up to you, or just movement in your peripheral vision, open plans can disrupt your thinking and deep work. Research from the University of California showed that workers are interrupted every three minutes and that it can take up to 23 minutes to recover and refocus. A team from George Mason University found that interruptions also degrade the overall quality of your work.

Get some ‘alone time.’ Whether it’s taking a personal phone call or having a mini-breakdown, sometimes we just need a minute. We need a chance to be human—we can’t always maintain a perfect facade of productivity. And to have those moments, we need privacy.

And for introverts, an open office can be an especially dark place. Constantly interacting with other humans can be exhausting. In her popular TED talk on how our workplaces are designed for extroverts, Susan Cain, author of Quiet, explains this powerfully. She notes that “modern offices have the collaboration element well taken care of, but they’re neglecting the concentration and the contemplation.”

So like most things in life, there are positives and negatives to working in an open-plan office.

And that’s to be expected. It’s hard to design a space that works for everybody. You also can’t just get rid of the walls, put everyone at a long table, and hope people collaborate. Culture change, norms, and respect for privacy and deep work also need to develop.

Donna Flynn, the director of Steelcase’s WorkSpace Futures research group, summarized it this way: “The open plan isn’t to blame any more than reverting to all private offices can be a solution. There is no single type of optimal work setting. Instead, it’s about balance.”

Tips for making it work

If you’re in an open office, here are some ways to cultivate productivity:

But not everyone has a say in how the workspace is set up. So here are some tips for leaders to consider:

Redesigning or moving to a new space?

Already got an open space? 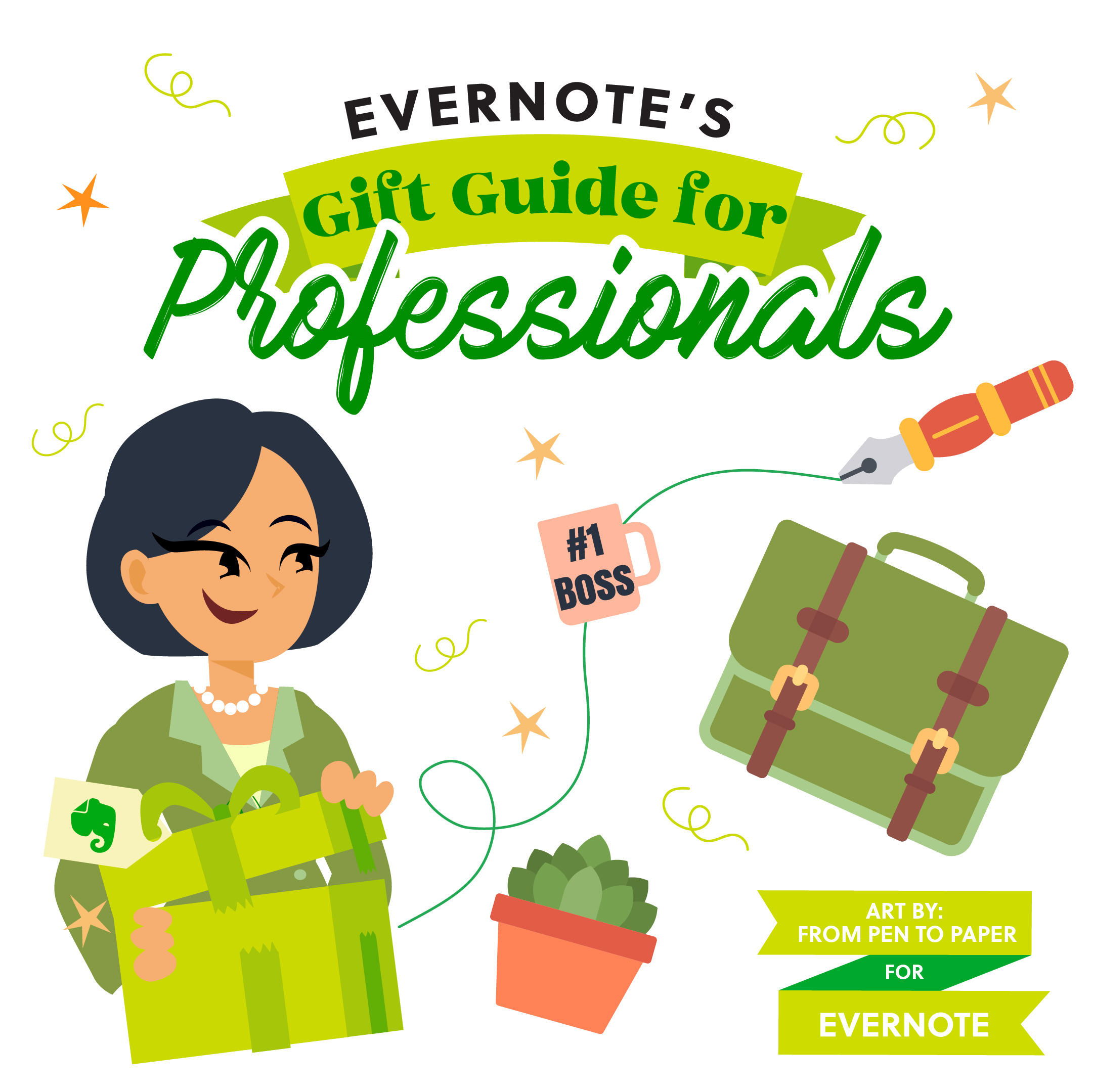 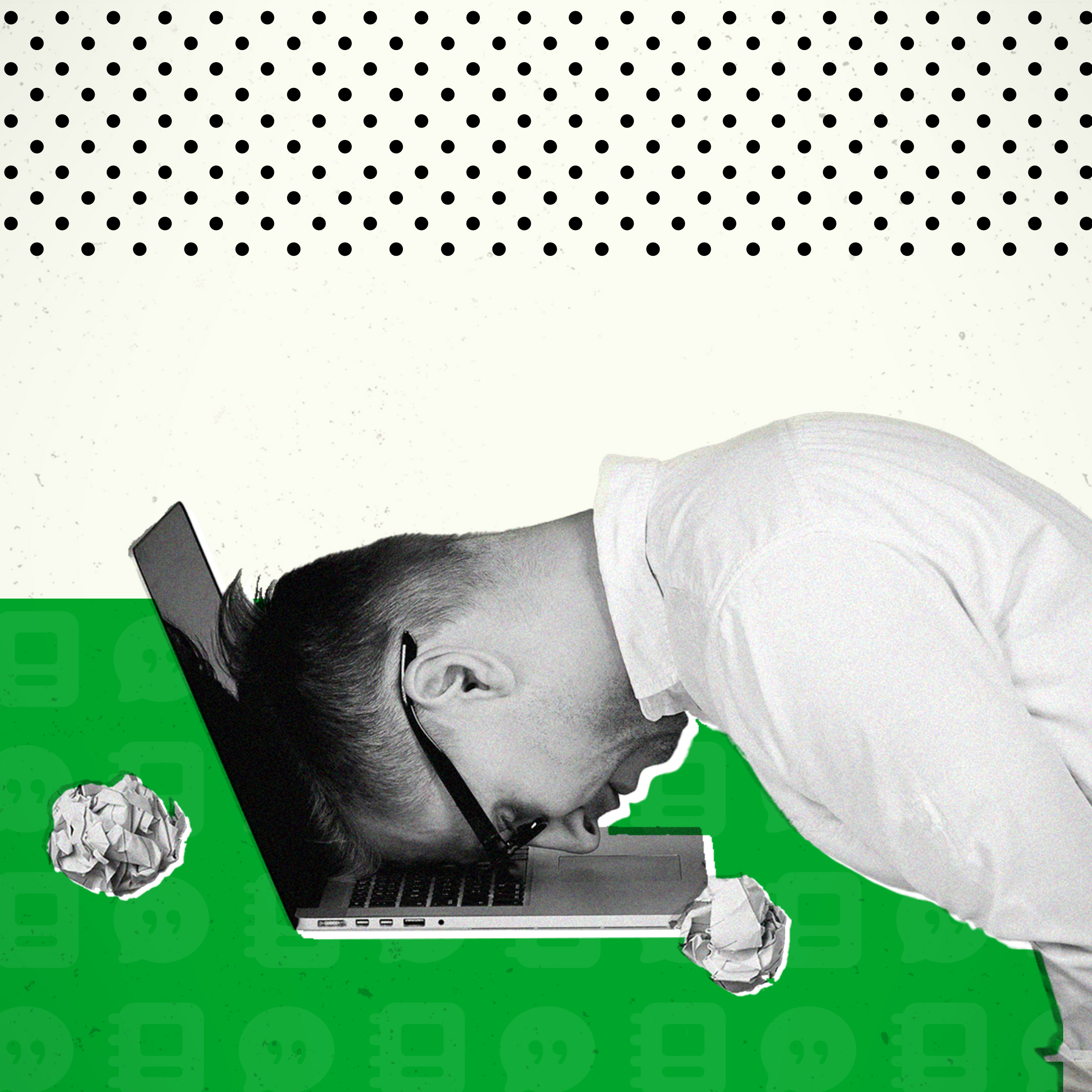 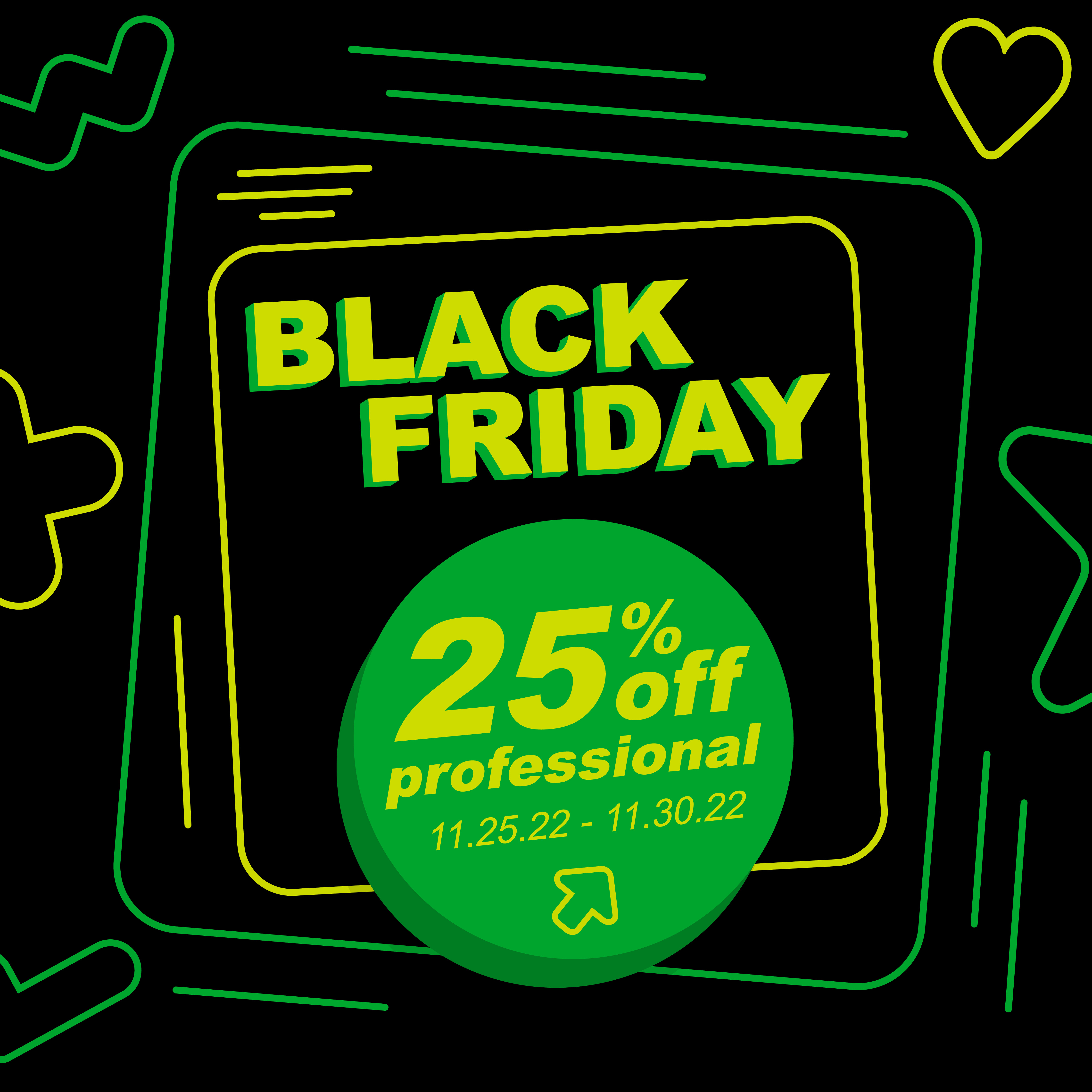