Chantal Leonard: “There was no undercurrent to conform to gender norms” 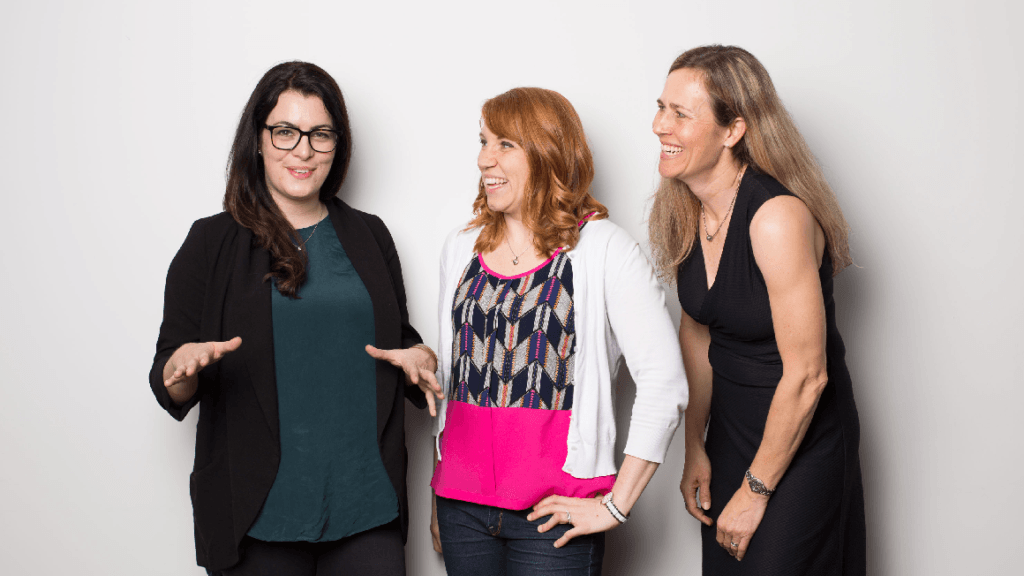 This is the final installment of a three-part series featuring women technical leaders at Evernote. In our first article, we featured engineering director, Kathryn Koehler, and in our second, product design manager Kara Hodecker.

Chantal Leonard (far left in the photo above) is a little surprised by her rapid rise in the high-tech world. Many have read stories of young people coming to Silicon Valley and becoming company leaders at start-ups right away. Although these stories make it seem as though this happens all the time, rising to a position of leadership quickly at an established company is rather rare. When Chantal joined Evernote last year as the Director of Product Management, it was only her second job out of college. As a woman in technology, in particular, it is remarkable to climb to these heights quickly. But Chantal, who has a degree in computer science from the University of Waterloo in Canada, defied the odds.

Help comes from the extended network

Her university offered a CS program that focused heavily on internships, and as a result, Chantal had the opportunity to try out several of the career options a CS major afforded her. These internships also expanded her network. Having a large and versatile group of connections made it easier for Chantal to get employment opportunities early in her career. The combination of the right people, the right ideas, and the right advice also helped her to focus on what she wanted to do.

“In one of my internships, I was responsible for driving the beta program for a speech-based application for the telecom industry,” Chantal remembered. “After I completed the internship, I got feedback from my manager that while I was a good programmer, I was a natural at understanding customer pain points and translating that into what we could improve in the product. He encouraged me to follow more work like that. It was a revelation to me,” she said. “I had no idea. But that advice resonated with me. ”

Armed with this new perspective, she followed the advice of a friend who told her about a program manager position available at Microsoft. “She connected me with one of the recruiters that she had worked with in the past, and on the strength of her recommendation, I got the interview.” Microsoft flew her to Seattle, but Chantal’s extended network wasn’t finished helping her. Her friend introduced her to someone who already had the title Chantal was targeting. “He spent a couple of hours with me the day before the interview, helping me prep. He gave me advice about how to approach the questions, and more.” After a full day of interviews, she landed the job, straight out of college.

The strength of a supportive family

Landing a plum role at a major tech company took more than talent and a network. A family that cherished education and individuality contributed heavily to Chantal’s success. “My parents always encouraged my interests, whether in sports or academics,” she said. “I was a strong student in math, so it was a natural extension to go for Computer Science. But I wasn’t sure. I thought long and hard about going down a business or commerce path instead. I knew that CS can be a tough road for women.” It was a discussion with her father that changed her mind. “That was an interesting conversation,” Chantal laughed. “He convinced me that getting a technology degree had some merits, and if I wanted, I could explore business through an MBA later.” Since both her parents hold MBAs, his advice made a lot of sense to her. “In my family, there was no undercurrent for conforming to gender norms.”

A positive mindset can cause changes in the workplace

Chantal is aware of the challenges her peers face and feels fortunate in her experience as a woman in tech. However, while she sympathizes with women who are still enduring difficulties working in an atmosphere of prejudice, she has not felt it herself.

“I met a few people at university who asked me why I was majoring in computer science, and there was some expectation that I wouldn’t see the degree through,” she said. “But that just made me even more convinced to finish, even though the first couple of years were tough.”

Later, when Chantal started working full time, she found herself in a unusual position: all of her managers were female. “It didn’t seem like I was doing anything out of the ordinary,” she related. “Working in tech seemed so much more approachable because I had great examples. In all my cases, I had senior women around me that made picturing myself in a management position more viable. That’s a different experience from what I see for other women in the tech industry.”

Today, Chantal knows exactly what she wants to do for the rest of her life. She’s found a home working on technology for consumers. “That’s where I thrive,” Chantal said. “I’ve developed my craft as a product manager, and I think I have some skills that make me effective, including things like attention to detail and building user-oriented solutions. I also think that being given the chance to grow and develop into a senior individual contributor for the first five years of my career was helpful.”

Thanks to her well-developed network and extensive work experience, Chantal also became a strong proponent of mentoring. She is currently being mentored as part of the Everwise program (though we have similar names, Everwise is not affiliated with Evernote), but she’s no stranger to the concept. She also serves as a mentor for other women. Mentorship connections continue to have a lasting impact on her career – in fact, Chantal came to Evernote through one of her mentees who joined the company a few years ago.

Now, as she approaches her one-year anniversary with Evernote, Chantal credits her previous mentors and managers for helping her reach the role of director just eight years out of college. “I didn’t know where I wanted to go with my career,” Chantal said. “But I was lucky enough to have managers who asked me questions that led me down the right path. In the first years of my career, I couldn’t tell you what the next year would look like. Fortunately, my managers always made me think about it.” Chantal’s expression turned thoughtful. “Knowing the answers is helpful, but it’s okay not to know everything right away if you can go back and discuss what you need to learn with a trusted mentor.” 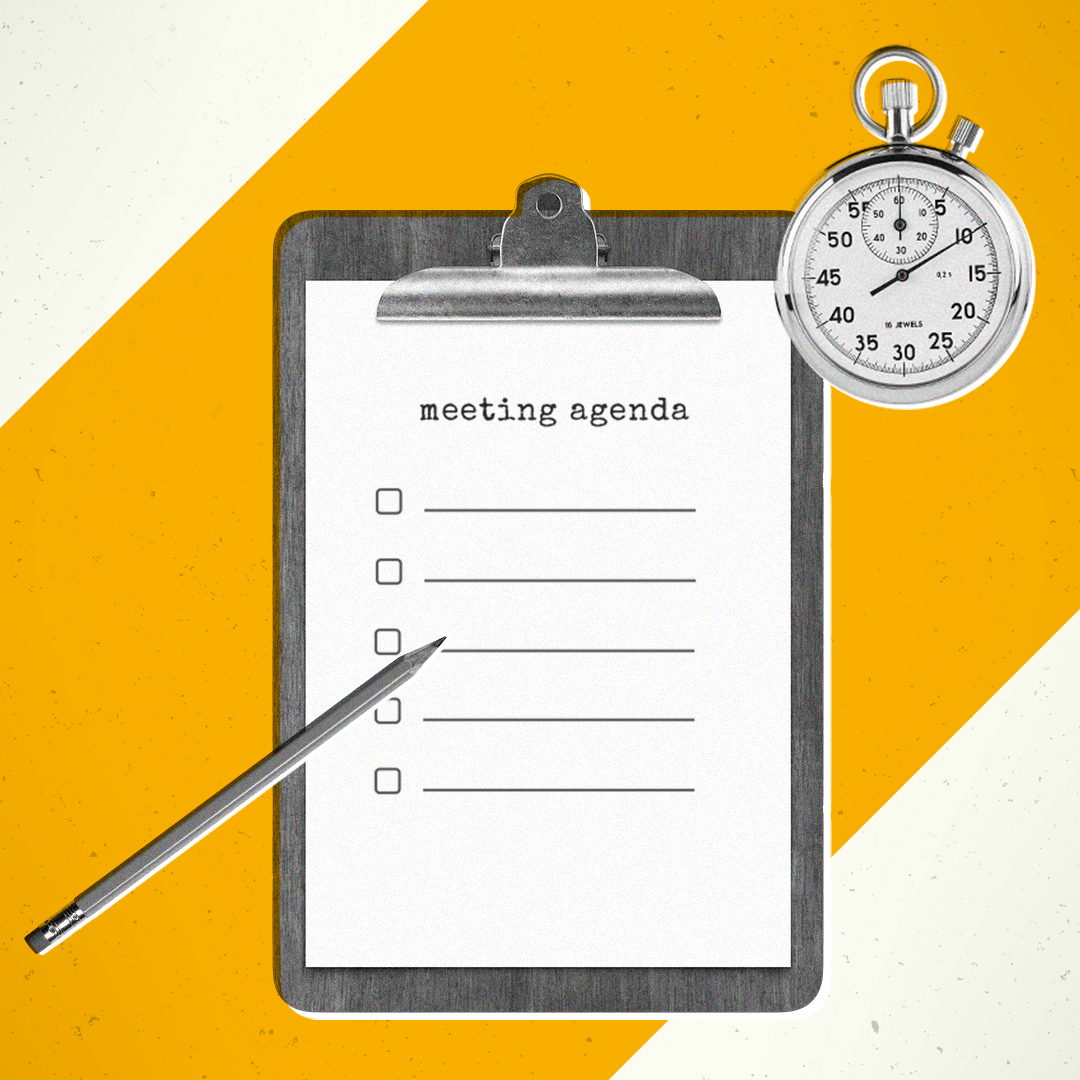