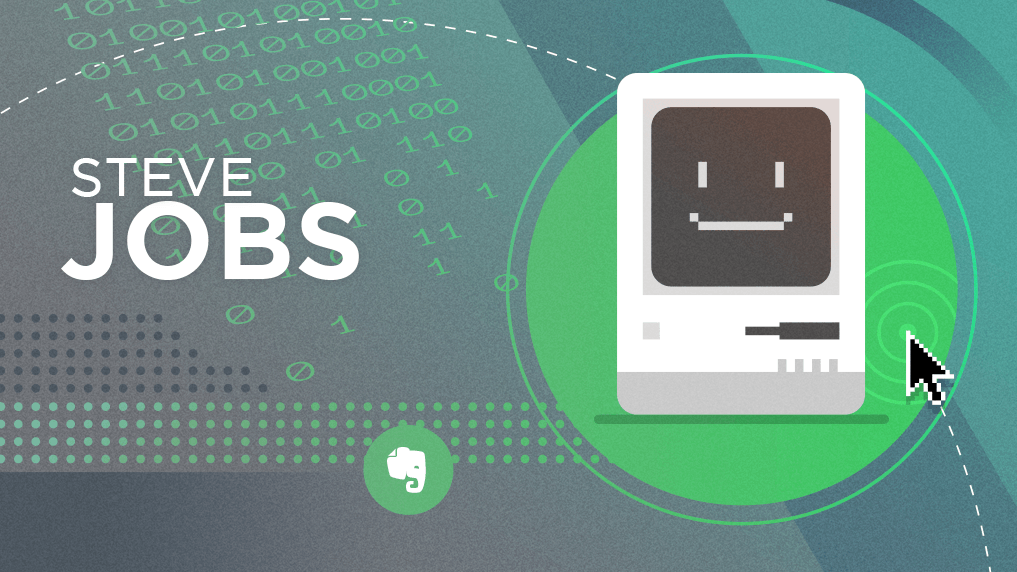 William James wrote that “The art of being wise is the art of knowing what to overlook.” If that’s true, Steve Jobs may have been one of the wisest men of the late 20th century. Jobs may not have been a “creator,” but his sense of design touches almost all of our daily lives—even if you’ve never used an Apple product in your life. It’s hard to think of a product released in the last few decades that hasn’t emulated Jobs’ and Apple’s aesthetic of simplicity.

In the mid-1970s, Jobs dropped out of college to travel through India. While recovering from dysentery, he read Paramahansa Yogananda’s Autobiography of a Yogi, which began a fascination with Eastern religion that would last the rest of his life. According to his friend Larry Brilliant, “Steve had been flirting with the idea of being sadhu,” meaning becoming an ascetic who has renounced worldly goods.

While this might seem an odd career path for someone who eventually headed one of the most pervasive technology companies in the world, those interests, and that mindset led to a lifelong quest to make things so simple and obvious in their design and function that they were almost intuitive to use at first glance.

That simplicity is the first lesson we can take from him. Simplicity is more than just making things easy. If that were the case, iPhones and Macs would have on/off switches. Simplicity means anticipating how a user will perceive a product and how the product will make sense to people. The process of taking a product or an idea to its most basic and necessary elements takes time, though. In 1988, Jobs told Business Week “That’s been one of my mantras—simplicity. Simple can be harder than complex: You have to work hard to get your thinking clean to make it simple. But it’s worth it in the end because once you get there, you can move mountains.”

People’s lives are complicated enough. We don’t want to read instruction manuals on how to use a product. We buy it, take it out of the box, and want to use it right away. So it behooves a designer or a writer to take the time to figure out the message a product or content is conveying and how customers receive it. An informative message will go unread if it’s too complicated or confusing. The most powerful phone or computer in the world will sit on a desk gathering dust if it takes an advanced degree to run it.

Along with that simplicity, though, must come innovation. Think of the first time you saw or used a smartphone. The attraction wasn’t just that it was easy to use (a rubber band is easy to use), it was that it was innovative. It was something people had never seen before, yet presented in a way that was both new and intuitive. “Well, of course! Why didn’t anyone ever think of that before?”

“You can’t ask customers what they want and then give it to them. By the time you get it built, they’ll want something new.” —Steve Jobs

It’s easy enough to say “be innovative” (or “Think Different,” as Apple’s famous tagline proclaimed), but how does a person do it? Unfortunately, while there’s no one-size-fits-all answer to that question, having that very problem is actually a strength in Jobs’s view. In 1982, in accepting an award from the Academy of Achievement, he said, “If you’re gonna make connections which are innovative…you have to not have the same bag of experiences as everyone else does…or else you’re going to make the same connections (as everybody else), and then you won’t be innovative, and then nobody will give you an award.”

Jobs encouraged his audiences and employees to take advantage of their uniqueness and to do neither what was expected nor what the person next door was doing. In his speech to the Academy, he encouraged listeners to take the time to travel, to see and experience things, to read, and to try different things. He said, “I heard about some kid that’s 14 on his way to Stanford, and that’s great…but you might want to think about going to Paris and being a poet for a few years. Or you might want to go to a third-world country. It’s very much, so worth doing.”

The more we experience—and especially personally, not just vicariously—not only will our lives be richer, but we’ll also be better trained to notice new things. Experience allows us to see connections between things that others may not notice. But even as exposure to the new and unfamiliar will broaden and deepen a person, simplicity shouldn’t be forgotten.

The simplest question of all is “Why?” Children ask this all the time, not just because they don’t understand how things work, but also to make the unfamiliar familiar—to make connections between what they know and what they don’t. If we can think like children—not in a childish way, but to strip away our preconceptions and assumptions about what things are and how they work, we can make new connections and innovations. We shouldn’t take things for granted, but ask how they can be bettered.

Making something “simpler” or “better” doesn’t always mean less complicated, though. Sometimes an additional feature or step can make the difference between not quite right and just right. There’s a famous anecdote about Jobs and the first iPhone. It was virtually ready to be produced when:

“Jobs holds the device in his hand…He takes the headphone jack and inserts it into the iPod. The engineers await in tense silence. Something is wrong, and Jobs hasn’t even hit play yet.

He takes the jack out and inserts it again. Then he does it again. Dread descends on the group. The planned launch is only days away. Jobs frowns and finally pronounces, “Where’s the click?”

The exhausted engineers say, “Click? What are you talking about?”

“I mean that people need a click when they insert the jack,” says Jobs. “Without the click, they won’t know that it’s properly in there. They will keep working it and worrying with the headphones until they break. The solution is not elegant. This is not design thinking.”

When a person can notice those “clicks” (or lack thereof) in things, connections and innovations can be made—but only if one has the awareness and breadth of experience to notice them.

In a previous entry about Mark Twain, we noted that Twain believed that there were no original ideas. He said, “The kernel, the soul—let us go further and say the substance, the bulk, the actual and valuable material of all human utterances—is plagiarism. … It takes a thousand men to invent the telegraph, or a steam engine, or a phonograph, or the telephone or any other important thing—and the last man gets the credit and we forget the others. With this in mind, it almost behooves us to expose ourselves to as much knowledge and inspiration we can find from any source to synthesize it and, ironically, make it our own.”

Jobs was of much the same mind. In 1995, he told Wired Magazine: “Creativity is just connecting things. When you ask creative people how they did something, they feel a little guilty because they didn’t really do it, they just saw something. It seemed obvious to them after a while. That’s because they were able to connect experiences they’d had and synthesize new things. And the reason they were able to do that was that they’d had more experiences or they have thought more about their experiences than other people.”

A lot of people who haven’t had very diverse experiences end up with linear solutions to problems because they don’t have a broad perspective. The broader one’s understanding of the human experience, the better innovations we will have.

In the same interview, he said

“The Web reminds me of the early days of the PC industry. No one really knows anything. There are no experts. All the experts have been wrong. There’s a tremendous open possibility to the whole thing. And it hasn’t been confined, or defined, in too many ways. That’s wonderful. There’s a phrase in Buddhism, “Beginner’s mind.” It’s wonderful to have a beginner’s mind.”

Jobs was by no means perfect or a role model; famously, he could be downright awful to people. We shouldn’t emulate the thought processes that brought on his bad behavior. However, his commitment to being exposed to as many experiences as possible and looking at things in unprejudiced ways to make them simpler and/or better are things we can all do; it just takes patience, observation, practice, and the commitment to make the good better and the better as perfect as possible.