Kara Hodecker, Product Design Manager: “We have to stand up for each other” 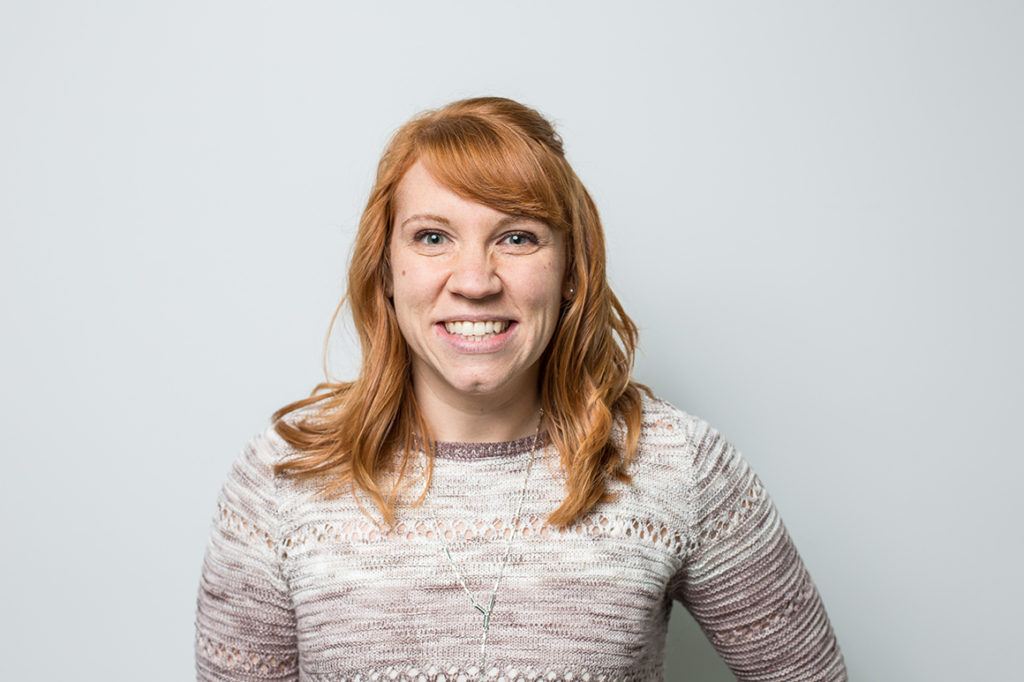 This is the second of a three-part series featuring women technical leaders at Evernote. In our first article, we featured engineering director, Kathryn Koehler.

Kara Hodecker is stoked. With a recent promotion, she’s become one of three women in leadership roles on the technical side of the house at Evernote.

“I oversee the design across desktop, mobile, and web, and I understand what we’re shipping on the different platforms. We’re working to achieve even better consistency across each one,” Kara said. She’s energetic, and her enthusiasm for what she does fills a room. “We need to make sure everyone knows where the features are no matter how they’re using the product. Though these features might not look the same across platforms, they’re still there. We help customers by making sure the words and the visual indications are consistent, so they can find all the features they know, no matter what iteration of Evernote they’re using.”

Kara’s road to her current role began at the Rochester Institute of Technology, where she studied New Media Design. “It was a graphic and web design hybrid with some programming. That education set me up well for a lot of different potential careers. I learned a lot of different skills there, and I went into web design after school. I worked for digital agencies to do typical web work,” she said. Kara went to Yahoo in 2011, and it was there she got her first product design experience with an app called Livestand, an iPad-only customized news app.

Though creating a look and feel for a product requires a sharp aesthetic eye, Kara doesn’t consider herself an artist. “I like the word creative,” she demurs. “I’m good at visualizing and having a sense of color or typography, or what makes something well designed. I wouldn’t call myself an artist.”

Although some women have had to fight to make it in tech, Kara feels that the design field has been friendly toward women. Her impression is that since product design is a newer discipline, gender stereotypes aren’t as entrenched. Evernote’s product design staff is balanced, the skill sets for product design are broad, and Kara says she looks for varied backgrounds when hiring new designers. “A lot of people are self-taught,” Kara explained. “Some people went to school for biology or psychology, and people can apply those skill sets to design.”

A short stint in a “bro” culture

Kara’s positive energy wavers a bit when she relates memories of trying to make her way as one of the only women at a previous company. “I’ve had to present in a roomful of men,” she recalled. “I was talking, and they were on their phones or having a side conversation. They didn’t do that with the guys. They just didn’t pay attention to me. It was really hard. I’d try to get them back on track, but they’d come back at me with ‘aw, we’re just joking.’ It was a big reason why I ended up leaving that company.”

Still, Kara remains cautious. “It’s important to stand up for yourself, but the truth is, what will it ultimately cost your career to do it? That’s a hard question, but not everyone is in a position to take that kind of risk. Some people can’t just leave a job because they have to care for family. So we have to stand up for each other.”

Solving problems together through mentorship

One of the ways women are finding their voices in technology is through formal mentoring. Today, with Evernote, Kara is part of a program through Ascent Everwise (no relation to Evernote) that provides such mentoring to professional women. “The program is cool,” Kara said. “They’ve brought together 50-60 women who are all in trajectory for leadership, and paired us with women who are in powerful positions in various companies in the Bay Area.” The Ascent program is the first time Kara has been formally mentored.  “While I was coming up, I didn’t really think about being mentored,” she said. “I just looked up to certain people and thought ‘I want to be her,’ or ‘I want to be as good as she is.’ So I tried to learn as much as I could from them. A lot of time people didn’t know they were mentoring me.”

Kara categorizes herself as “really ambitious” and often thinks about having a bigger impact on a business team, corporate culture, and how to make a fun place to work. She has an idea of someday becoming a vice president of design. But since having a daughter a year and a half ago, she’s had to make some tough choices about work/life balance. “I’m grateful for flexible hours here,” she said. “My priorities have shifted. Now, I have to turn ‘work mode’ on. I want to leave between 4:00 and 5:00, spend time with my daughter, and then turn on work mode and work in the evening. I have to be able to focus, and I do that better at home.”

Kara’s positive attitude help her keep the breakneck pace going. As she moves up the corporate ladder, she faces difficult decisions and greater challenges. But she’s confident that with the help of mentoring and increased awareness about the special challenges women face in the workplace, things are looking up for women in technology.