Understanding the Evolution of Human Thought 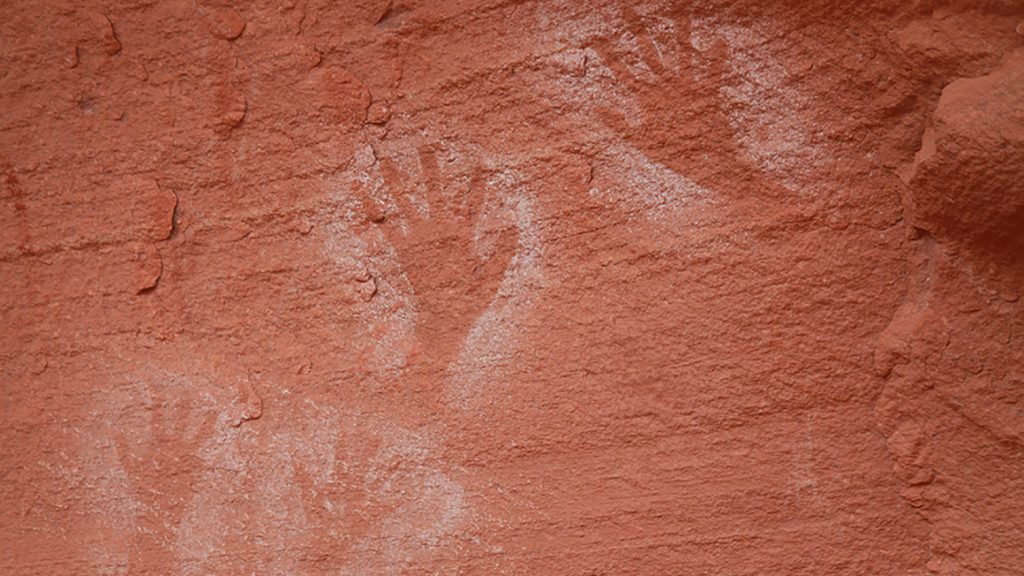 “It’s hard enough to tell what the cognitive abilities are of somebody who’s standing in front of you,” says Alison Brooks, an archaeologist at George Washington University. “So it’s really hard to tell for someone who’s been dead for half a million years or a quarter million years.”

Evolution is the product of a slow, ever-changing process precipitated by a host of environmental factors. So we can almost certainly agree that the way we imagine, problem-solve, think, and create must be vastly different today than it was in the times of our paleolithic relatives.

For centuries, our neanderthal cousins and homo sapiens remained two separate family lines shrouded in mystery — one based on limited technology (in the years before Darwin’s eponymous The Order of Species, scientists licked fossils to determine their origins) and archaic, wide-sweeping, sometimes pejorative judgments based on fossil findings and human remains. In other words, much of science then was based on assumptions and beliefs.

Only recently has new research indicated that we share a lot more in common with these Neanderthals than we imagined. And, it’s precisely this research that puts a flashpoint in the discussion of what it is that truly makes us human. That’s coupled with a lot of research that extends beyond the world of anthropology, including a host of research areas including evolutionary biology, philosophy, and neuroscience.

To understand the foundation of early man’s thinking, we need to start at one of the most confounding principles of human thought: the origins of human consciousness. That’s to say, when did we start being aware, creative and mindful?

The first of modern humans — the Homo Sapiens, arrived about 200,000 years ago. The genetic shift in the Homo Sapien brain is relatively recent in the pantheon of evolutionary history. But, there wasn’t a lightning bolt moment when humans emerged and started thinking consciously and rationally.

Here are a few clues that helped scientists piece together the riddle of how, when, and why human beings began to think differently, and how it impacted our evolution:

According to Genevieve Von Petzinger, these clues have helped scientists identify and classify early humans’ modern thinking as it relates to the artifacts or processes they used:

“Since we are looking for evidence of mental changes that took place within the soft tissue of the brain, we can’t identify them directly, but luckily there are other ways to gauge how our ancestors’ minds may have been developing. To this end, researchers have compiled a list of practices and artifact types that strongly hint that symbolic thought processes are at work. Evidence includes the selection and preparation of particular shades of ochre, burials with grave goods, personal ornamentation, and the creation of geometric or iconographic representations. If most or all of these elements are present, the chances are good that you’re dealing with fully modern humans.”

When archaeologists discovered an abalone shell in a 2008 cave excavation in South Africa, it contained traces of a rust-colored paint. Early humans used paint, but this discovery showed something much more exciting. It revealed that more than 100,000 years ago, creators of the piece had to procure the ingredients and make the paint. The shell was a merely a vessel for storage. The discovery provided a depth of knowledge about human thinking far beyond the simple fact that they painted. It proved they were capable of advanced thinking and planning. In fact, it may be one of the earliest moments that showcase innovation.

Despite the difficulty in scientists coming to an agreement about what makes human thought special, these discoveries are the foundation for the evolution of modern cognition.

The remarkable fact is that all of us living today are the end product of an incredible story of success against all odds: Each of us carries DNA that stretches back in an unbroken line to the beginnings of humanity and beyond. — Genevieve Von Petzinger

The one thing that separates us from other mammals is our ability to construct and use language.

Much of our understanding of early man and evolution is buried in the earth, scrawled on cave walls, and carved into rock tools. Yet, this riddle remains the source of intense, drawn-out scientific debates. Some scientists believe that early humans communicated verbally as early as 50,000 years ago and others think earlier human ancestors spoke two million years ago. In the absence of audio recorders and iPhones, the language of earlier versions of mankind became one of the bigger mysteries in the evolutionary tale.

Some of the earliest known writing found in what is present-day Iran, a still undecipherable language printed on clay tablets, stretches back 5,000 years—a recent blip on the geologic radar. Everything before that can only be interpreted in the context of the absence of language and writing.
What makes human thinking unique?
Memory is one of the things that distinguishes creatures in the animal kingdom. Without memory, it would be difficult for species to evolve.

There are three components to memory:

Semantic – remembering things that are not inherently present, and providing a creature to construct a visual, mental model of something.

Episodic – Recalling individual events in the order which they happened.

Humans are one of a few creatures on the planet to have an episodic memory, and it’s likely the reason why we as a species have been able to advance, learn from the past, and evolve at a rapid rate. While animals clearly have memory, it appears to be semantic—the ability to understand bits and pieces of the “who,” “what,” and “where.”

But, what about our ability to move through memories like a movie—to go back and forth in time and call up events, people, and places?

This form of memory—mental time travel—may be the just one critical component to human intelligence that is unsurpassed in the wild. The concept of our mind’s ability to move through time was hypothesized by Dr. Endel Tulving, who called it chronesthesia, an ability by humans, acquired through evolution, to be cognizant of the past as well as the future. For now, it seems to be unique to humans, but there has been recent research indicating that some birds share this unique mental trait.

Dr. Tulving noted that this form of memory is necessary for evolution. While you can call up equations or facts with semantic thinking, or acquire experiences and memories with “episodic” thought, there’s no way to survive as a species without the ability to remember specific points from our past or to predict what might happen in the future based on experience.

According to Tulving, recalling and replaying events in the past has helped us to evolve by allowing us to update critical information while continuing to deal with rapid changes and chaos in the world around us.

Michael Tomasello, head of a research group at the Max Planck Institute for Evolutionary Anthropology in Leipzig, deals with analyzing how human thinking compares to that of our primate relatives. His findings have led to advances in our understanding of human evolution.

His lab proved that of the three major components of consciousness (collective, individual, and joint), only individual intentionality—the ability to imagine an outcome as a reward, such as climbing a tree to grab food—is shared with apes.

After thousands of years, we all share similar needs to eat and to procreate, but only modern humans have the innate ability to network.

“We have a fundamental urge to link our minds together,” notes Thomas Suddendorf, an evolutionary psychologist at the University of Queensland in Australia.

The ability to network in turn creates a unique competitive advantage that places humans at the top of the chain. “This allows us to take advantage of the strengths of others,” he says.

By doing so, we’ve been able to move from hunter-gatherers to a species that is predicated on its accumulation of knowledge and its ability to collaborate and build joint experiences, creations, and imaginations. Plenty of animals work together in packs, and birds and bees have highly sophisticated minds. Bees have highly organized hive hierarchy, but there’s no proof they are calling on their personal memory.

We’re the only species that is simultaneously on a quest to understand why we have arrived where we’re at today, how we got here, and yet, at the same time, be in the position to create an outcome of our choosing. It’s why we are able to envision a world that goes beyond our wildest imagination — one with driverless cars, flying machines, robots, and space travel.

There is evidence that we are not finished evolving. Several predictions for our future are terrifying, but some point to technology and culture-shaping the way our grandchildren and great-grandchildren will look. With medical advances, and more people living into adulthood, Darwin’s theory of the survival of the fittest flies out the window. Instead, humans may select mates based on intellectual abilities for greater earning power, and technological advances may create humans who are better nourished, and therefore taller than their ancestors. One thing’s for sure, with modern advances in technology, the next iteration of people will have no shortage of places to learn about life and how we got here.